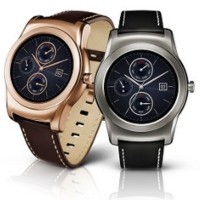 Almost year ago, LG released its first smartwatch, known as the G-Watch.

To say a lot has changed in the wearables market since then would be an understatement.

In that time, a company called Apple announced it’s entering the smartwatch market.

LG has responded by releasing a new device, known as the LG Watch Urbane, that, like Lenovo/Motorola’s Moto 360, features a round clockface.

Can LG’s latest effort compete against Apple? It’s time to find out.

The LG Watch Urbane features a 1.3-inch full-circle P-OLED display, with a resolution of 320 x 320 pixels.

It is powered by a 1.2GHz Qualcomm Snapdragon 400 processor and runs Android Wear 5.1.

Ausdroid’s Scott Plowman says while LG’s latest effort certainly looks more stylish than its predecessor, there has been no improvement in terms of performance:

When I first looked at the LG Watch Urbane I was stunned at how shiny and stylish the watch is. The rose gold version of the watch we received was simply stunning. Gold may not be for everyone, and it normally isn’t for me but it grew on me. For those who are not partial to the rose gold there is a silver version which I am sure is equally stunning.

The Urbane has exactly the same hardware as the G Watch R. It houses a Qualcomm Snapdragon 400, clocked at 1.2GHz. It has 4GB storage and 512MB RAM. I am a bit disappointed LG dsidn’t provide a small bump in specs in the Urbane. There is a pause when tapping the screen before the required menu or app opens and I think they could have improved this with a better processor. Many times I thought the tap on the Settings did not work and would tap it again only for it to open the brightness settings (the first options in the settings menu). A very minor gripe but a gripe nonetheless.

Ian Morris from Forbes is also a fan in terms of how the Watch Urbane looks, but says Google’s software lets the device down in the functionality department:

When I wear the LG Watch Urbane people almost never ask me about it. Why? Because it looks like a watch. Other smart watches, like the original Samsung Gear and the Sony Smartwatch 3 attracted more questions from people, perhaps because they’re more obviously not watches.

The big problem with any smartwatch powered by Android Wear though, is Google. The truth is, as an operating system Wear just isn’t good enough yet. One example that I often give of this is the way notifications are presented. Google Fit, for example, will often pop up to tell you literally nothing at all.

What Google tries to do with Android Wear is admirable though. It’s an attempt at giving you what you want, before you know you want it. So by scanning your email it knows you have a flight, and when that’s leaving. So that’s good information to have. But it also knows that someone you’re friends with on Linkedin or some other random site is having a birthday. It’s clever, but it’s also very stupid.

As Timothy Torres explains in PC Mag, there are a number of new features in the latest version of Android Wear, which comes preinstalled on the Watch Urbane:

The Urbane is the first smartwatch to ship with the latest version of Android Wear, 5.1, which includes built-in Wi-Fi support. That means you can use the watch without a phone or tablet nearby, so long as the watch is connected to a Wi-Fi signal. That’s a plus, but you’re still mostly relegated to indoor environments or public spaces where Wi-Fi is provided. And in order to connect to password-protected networks—which is most of them—you still need to pull out your phone to type in the code. It seems that the smartwatch, no matter how hard it tries, just cannot get way from relying on the smartphone.

Android Wear 5.1 also introduces wrist flick gestures for scrolling through the menu’s “card” interface. It failed to work just as many times as it responded correctly to my movements. It might be useful when your other hand is busy holding onto a subway pole, but I can’t think of many other real-world scenarios for it. Plus, it just looks and feels awkward.

The new Android Wear update also improves menu navigation a bit. Now you can swipe left from the home screen to access a vertical list of apps, swipe left again to view your contacts, and swipe left once more for a list of basic actions the watch can perform.

At SlashGear, Chris Davies notes that there are better value options available for Android smartphone users who want smartwatch notifications on their wrist:

Everywhere you look, there are cheaper Android Wear options. If you’re determined to have LG’s round screen, the G Watch R is functionally identical and can be had for $100 less. I personally prefer the Moto 360’s design to either of the LG pair and, with a second-gen version waiting in the wings, you can find the original for around $179, even if the Urbane battery will likely last longer.

Those who don’t have their hearts set on a circle might find the sleekly classic ASUS Zenwatch more to their taste, offering excellent style for $199. Alternatively, Pebble is a perennial favorite, though lacks the voice control Android Wear offers.

Finally, at Engadget, Chris Velazco describes it as the best Android Gear smartwatch on the market:

The Watch Urbane is LG’s best stab at an Android Wear smartwatch to date, and those of you with beefy wrists will especially enjoy its broad, slab-like construction, not to mention its mostly premium look. Thing is, the best parts of the Urbane experience are Google’s own software improvements, which will eventually trickle down into other compatible Wear devices in short order.

The LG Watch Urbane receives near universal praise for its design. It’s a stylish device for those who want a smartwatch that just looks like a regular watch.

Unfortunately, Google still has some way to go in terms of the functionality of Android Wear. Hopefully, this is an area they will make some announcements in at the upcoming Google I/O conference.

For Android users who have their heart set on a smartwatch, the Watch Urbane is probably the best around in terms of design. However, it’s worth keeping in mind there are significantly cheaper options now in the marketplace, if price is a concern.