Can the right conversations change the world? 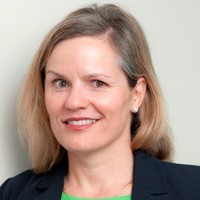 There’s no shortage of statistics informing us that science, technology, engineering and mathematics (STEM) skills will drive Australia’s innovation levels.

In early December, Benchmarking Australian Science, Technology, Engineering and Mathematics, a report produced by Chief Scientist for Australia, Professor Ian Chubb, predicted that 70% of the country’s job growth will require STEM-related skills and only 16% of Australian tertiary students are pursuing this career path.

But there’s something missing. That’s only one half of the story.

In the last few years, design thinking has increasingly shaped Australian business – from companies such as PwC, Commonwealth Bank, Westpac, Telstra and Suncorp to the best international MBAs and executive leadership programs. This means that we’re increasingly trying to walk in the shoes of real people to find the answers to a range of important questions.

For instance, why don’t children choose the STEM-related courses that are available to them; how is Australia seeing cuts in research funding when homegrown inventions such as Wi-Fi and IVR are being celebrated around the world; and why are Australians disinterested in mobile technology even when we boast some of the fastest global adoption rates?

Over the last week, three incidents made me realise that it’s not the younger generation that’s the problem. It’s our collective failure to look beyond statistics, be as relevant as we need to be, and have the conversations that bring this potential to life.

The first conversation revolves around addressing the concerns of young Australians. A November 2014 report by The Foundation for Young Australians showed that young people are anxious that they won’t have access to the same opportunities and financial security as their parents – a finding that strengthens the imperative for generating jobs that inspire young Australians to seek out skills in technology and research.

The second conversation should aim to resolve the gap between education and reality when it comes to preparing students for a career in technology. Recently, two bright Year 12 students that I mentor taught me something I’ve never considered – that high school students often don’t study IT because their knowledge is – unsurprisingly – light years ahead of the curriculum.

And the third, which occurred to me when I walked into my five-year old daughter’s kindergarten to see drawings of student’s inventions on the walls, is that kids start out with the right idea. I think we’d get closer to the human root of the problem if we continue to stimulate their curiosity and foster the desire to dream, design and build.

After witnessing the technology and engineering mindsets in Sweden, Israel and California and comparing them to Australia, I believe the differences aren’t just limited to the courses that are offered. For instance, when most of us would attribute the sound of a door slamming to the wind, my Swedish engineer husband – who built his first telephone before entering the school system – will instinctively refer to it as an air pressure change.

Whether or not we believe in teaching coding in schools, I think that the future of Australia’s growth and innovation will be furthered when we start having the right conversations with our kids. If we combine this with better policy, programs and funding models, I believe that the effects will be transformative.

It’s critical to encourage young people to challenge the status quo, solve problems and develop skills that will allow them to act on their hypotheses and follow through on the things they want to make. Here are six dinner conversations worth having with your children today:

It’s also worth considering toys and games that encourage children to follow this spark. I’d recommend Goldiblox, a range of games designed to build problem-solving ability in girls, 4DPuzzleCityScape, a multi-layer puzzle that encourages lateral thinking and the 14 in 1 Solar Robot, a science project that teaches kids about green energy.

Ultimately, technology, science, mathematics and engineering will be at the heart of solving challenges that span everything from health, space travel and renewable energy to language barriers, climate change and poverty.

Nelson Mandela said: “Sometimes it falls upon a generation to be great.” But do we apply this to the way we lead our children or the role they will play in Australia’s growth? The evidence is clear – it has to be both.