Corporate welfare? How Tesla and Elon Musk got billions in taxpayer subsidies: Best of the Web 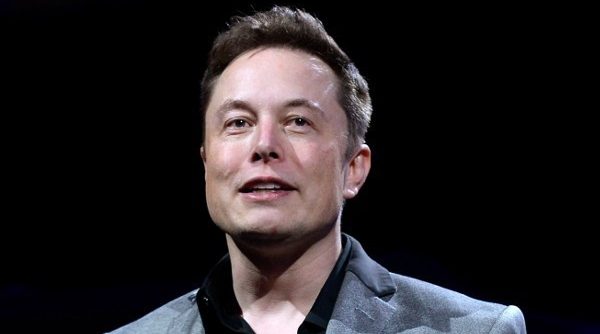 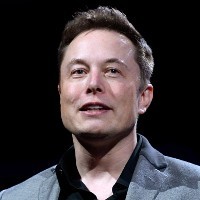 However, according to an investigative report from Jerry Hirsch at the LA Times, Musk’s ventures have received $US4.9 billion ($A6.2 billion) in subsidies from American taxpayers at federal, state and local level:

And he’s built those companies with the help of billions in government subsidies.

Tesla Motors Inc., SolarCity Corp. and Space Exploration Technologies Corp., known as SpaceX, together have benefited from an estimated $4.9 billion in government support, according to data compiled by The Times. The figure underscores a common theme running through his emerging empire: a public-private financing model underpinning long-shot start-ups.

“He definitely goes where there is government money,” said Dan Dolev, an analyst at Jefferies Equity Research. “That’s a great strategy, but the government will cut you off one day.”

It didn’t take Musk long to respond to the allegations made in Hirsch’s article.

In an interview with US business news channel CNBC’s Power Lunch program, he defended the subsidies. The video and transcript of the interview are available here, while an article by Reem Nasr outlining Musk’s argument is also on the CNBC website.

Musk said that “none of the incentives are necessary, but they are all helpful,” referencing incentive packages some of his companies received to build factories in states like Nevada. He said that the reason these incentives exist is because “voters want a particular thing to happen, and faster than it might otherwise occur.”

“That is all that these incentives achieve,” he added.

Musk said that the only incentives he bargained for directly were state-level incentives. These include a small launch site in Texas for SpaceX and a Tesla gigafactory in Nevada. He explained that such incentive packages have existed long before his companies received some of them.

“The incentives that Telsa and SolarCity receive are a tiny, tiny, pittance compared to what the oil and gas industry receives every year,” he said.

Remember how pay TV was commercial free when it first launched? How the likes of Foxtel, Galaxy and Optus Vision (the last two now being defunct) used to proclaim the joys of commercial-free, on-demand television?

As time marched on, in the mid ‘90s the pay TV operators began adding a small number of their own self-promos. After swearing they would not show commercial advertising for third parties, they eventually buckled to commercial realities.

Well, fast forward to 2015, and the likes of Netflix, Stan and Presto are proclaiming the joys of commercial-free, on-demand television.

Now, according to Motherboard, Netflix in the US has begun running a small number of its own self-promos before and after shows. Oh, and swearing they would not show commercial advertising for third parties. Where have we heard that before?

Netflix is experimenting with advertisements that run both before and after users watch a video. It’s unclear whether or not the company will eventually push ads to everyone.

For now, the company is primarily experimenting with the HBO model of pitching its own original programming to viewers. The company is only showing trailers for shows like Orange Is the New Black and House of Cards—it has not attempted to sell third party ads, and the company told me that, for the moment, only specific users in specific markets are seeing ads. Update: An additional spokesperson for Netflix tells me the company will not sell third party ads: “We do not and will not be adding third-party ads,” he said.

The news was originally reported by Cord Cutters News, and was confirmed to Motherboard by Netflix.

“We are running a test to show some of our original programming,” a Netflix spokesperson told me. “As with any Netflix product test, this may never come to all our members.”

Old Apple computer handed to recycling centre turns out to be worth $200,000

Finally, the San Jose Mercury News broke perhaps the biggest ‘unbelievable but true’ tech story of the week, when it reported a local resident had discarded an old Apple computer.

Of course, it turns out this particular computer was an original Apple I – one of the first 200 computers built by Steve Jobs and Steve Wozniak. It’s value? A whopping $US200,000!

It turns out that one person’s junk is indeed someone else’s treasure.

A South Bay recycling firm is looking for a woman who, in early April, dropped off boxes of electronics that she had cleaned out from her house after her husband died. About two weeks later, the firm, Clean Bay Area, discovered inside one of the boxes a rare find: a vintage Apple I, one of only about 200 first-generation desktop computers put together by Steve Jobs, Steve Wozniak and Ron Wayne in 1976.

The recycling firm sold the Apple I this month for $200,000 to a private collection, Vice President Victor Gichun said. And now, because company policy is to split proceeds 50-50 with the donor, he’s looking for the mystery woman who refused to get a receipt or leave her name.