The digital and physical transition of department stores 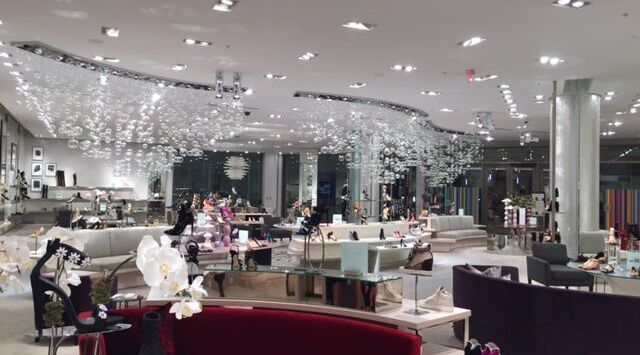 With both Solomon Lew and Mark McInnes sharing their views on how Myer are travelling on their transition journey, it’s worth looking at the overall department store environment in Australia. Myer, David Jones, Saks Fifth Avenue, Nordstrom, Macy’s and John Lewis. I haven’t put in Nieman Marcus or 20 other overseas department stores that market and ship directly into Australia or align with ecommerce partners like Borderfree. Nor have I mentioned Amazon or matchesfashion.com. That’s the true reality of the digital disruption facing department store retailers around the world: the number of competitors, the breadth of choice and cheapness of shipping for the shopper.

Many years ago, my then business partner who had been the marketing director of a major US retailer operating in Australia told me, “when the Americans bring their service levels to Australian retail we won’t know what hit us”. Well it’s not just American retailers that are digitally here loud and proud, quietly splitting the dollars that we used to spend in just two Australian department stores, across many.

I recently walked through three new or partly refurbished US department stores in Waikiki. The new Saks Fifth Avenue in the newly re-built International Market Place, home to a new Tesla store, in a luxury branded city centre mall! It works well too. I also walked a refurbished Nordstrom and Macy’s at Ala Moana, the seventh largest shopping mall in the United States, and largest open-air shopping centre in the world. Both are locations where retailers can try new formats with a truly international shopper profile. Shopper will be welcomed by signage and store staff that can speak Chinese, Japanese and English.

Saks Fifth Avenue is a beautiful three-storey, 80,000 square foot store where original works of art on sale for $4,000 to $24,000 mix with the high end brands. With a tip of the hat to old man Kiehls, there are three motorcycles on the top floor amongst the men’s department. Sadly, there were more motorcycles than store staff. The wind chimes hanging down from the escalators between the levels are, just like the whole store, visually stunning but silent. So I pushed them and heard them ring. I wasn’t asked to leave but I was frowned at. On the ground floor, there were the largest number of staff of any of the three floors, all employed by the cosmetics companies and unable to assist me with purchasing anything other than their own cosmetics brands. 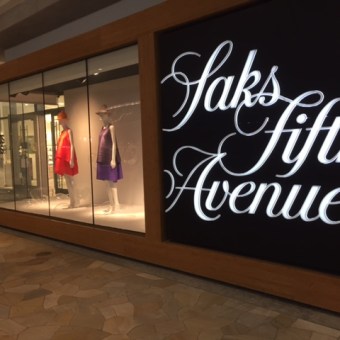 Over at Ala Moana, the Nordstrom store was pumping out music and the new bar-café on the middle floor was busy with shoppers and bar staff. There was a real energy to the place. Shoppers sitting at tables with their Macs and PCs was also a good sign of the welcoming of digital technology into the stores.

Facing off 500 metres away was Macy’s. No overall refurbishment but parts of the store had been invested in. The concierge for “click and collect” and those tables with shoppers on their PCs and Macs again was indicative of Macy’s digital transformation journey. It’s been noted for its focus on omni-shoppers, and alignment of all the company’s resources to provide a great experience whether in or out of the store. Macy’s in Ala Moana was the busiest and best vibe of any of the three stores. While parts of the store were pretty old and tired looking, it had lots of staff who were engaged with shoppers and a heap of energy.

According to Tom Chapman, co-founder of matchesfashion.com, “retail has to be about energy and inspiring people”. His views count given they’ve been instrumental in growing his own business from a small boutique in Wimbledon Village which opened 30 years ago to a $350 million per year global omni-channel retailer that reportedly just sold for $800 million USD ($1.03 billion AUD).

All three of these US retailers are struggling on their digital transformation journey but they can reach out around the world due to the power of their brands and ecommerce platforms to help counter increased international and US domestic competition. On Myer and David Jones’ digital transformation journey, I’m not sure the power of their brands or their ecommerce platforms can help counter increased Australian domestic and international competition.