Does your business need an IT emergency “fire drill”? Best of the Web 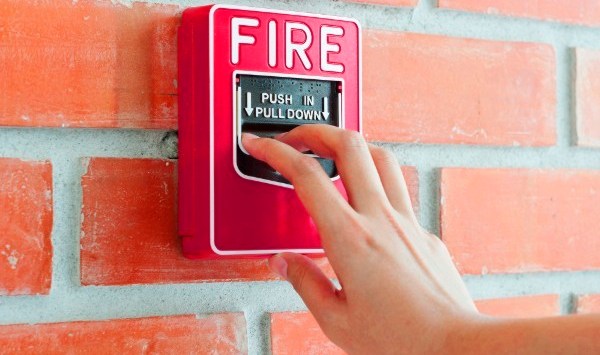 For a long time, drawing up business evacuation plans in the case of fire or other emergency has been standard practice in most responsible businesses.

Likewise, most shops, offices and other work places will periodically put these emergency plans into action with a fire drill.

Increasingly, online security threats and IT issues can have a devastating impact on businesses, as the recent attacks on Sony demonstrated. So is it time for your business to begin having an IT “fire drill”? That’s the contention made by Neil Campbell in this Help Net Security article:

IT security ‘fire drills’, supported by executive management and the risk committee should be conducted regularly in organizations, in order to understand the appropriate course of action in advance of a security breach… Organizations need to move beyond focusing purely on the prevention of security incidents, and start to concentrate on what they will do when an incident occurs.

Should you also put in place a data deletion policy?

On a related topic, most companies now store more information than ever before, including files and data that are commercially sensitive.

But with cyber criminals, hackers and even foreign governments looking to steal or expose company data, is this really a wise idea?

In Ars Technica, Bruce Schneier Jan argues IT managers really need to begin formulating policies about when sensitive information is deleted, so it doesn’t fall into the wrong hands:

One of the social trends of the computerization of our business and social communications tools is the loss of the ephemeral. Things we used to say in person or on the phone we now say in e-mail, by text message, or on social networking platforms. Memos we used to read and then throw away now remain in our digital archives. Big data initiatives mean that we’re saving everything we can about our customers on the remote chance that it might be useful later.

Thousands of articles have called the December attack against Sony Pictures a wake-up call to industry. Regardless of whether the attacker was the North Korean government, a disgruntled former employee, or a group of random hackers, the attack showed how vulnerable a large organization can be and how devastating the publication of its private correspondence, proprietary data, and intellectual property can be.

But while companies are supposed to learn that they need to improve their security against attack, there’s another equally important but much less discussed lesson here: companies should have an aggressive deletion policy.

How BlackBerry is driving its Internet of Things strategy

Recently, I discussed BlackBerry chief executive John Chen’s strategy for turning around the pioneering tech company. In a separate column, I discussed how, when it comes to the Internet of Things, areas such as inventory and supply-chain management, as well as fleet management, were likely to be the key segments in the business market:

Many businesses already keep records of their plant and equipment. In some businesses, these records might be as simple as an operations manager keeping a crude Excel spreadsheet. In others, it might be a full database, or be integrated as part of a company-wide accounting, human resources or enterprise resource planning system. Connecting these embedded systems to the internet allows you to automatically update your records, or remotely manage them from a business management system, in real time.

A great example of where this can be quite advantageous is in the transport industry. Here, fleet management systems are used to manage trucks, coaches, buses, cabs, trains, emergency vehicles, hire cars and other vehicles… Connecting these embedded systems to the internet allows you to automatically update your records, or remotely manage them from a business management system, in real time.

With that in mind, it’s interesting to read Stephen Lawson’s latest column in IT World, looking at the Internet of Things strategy Chen unveiled at the International CES last week.

In it, Lawson argued Chen is effectively betting the company on BlackBerry’s technology powering the Internet of Things in business. Given BlackBerry has always been focused primarily on business, it’s no surprise that the area of focus is on workplace IoT rather than connected devices.

And the key segments he’s focusing on? Inventory and supply-chain management, as well as fleet management:

BlackBerry is taking the same approach with its Internet of Things platform, launched Wednesday at International CES, as it is with its handset business: Aim at its core markets… Its target market in IoT, at least for now, is squarely within familiar territory: connected cars and asset tracking.

The results of that project, which involved beta testing by several customers, have been folded into a product called simply the BlackBerry IoT Platform, set for availability in April. The cloud-based system was announced at the biggest consumer technology show in the world along with some device and messaging news closer to the spirit of CES. But apart from some plans for messaging on wearables, the company’s IoT story steered clear of Las Vegas gadget fever

In Silicon Valley, there is no pursuit more popular these days than trying to disrupt an industry by cutting out the middle man.

In the case of Elon Musk’s Tesla Motors, that means selling cars directly to consumers, rather than through auto dealers.

As you’d imagine, the used car salesmen of the world are not happy. As Jim Galloway reports in the Atlanta Journal Constitution, they’re now lobbying state legislatures to ban the fledgling electric car maker:

Traditional car dealers are in the midst of a legal fight to push Tesla, the fledgling California electric car company, out of Georgia. Never mind that metro Atlanta is one of the hottest markets for electric vehicles in the nation.

Signs point to a parallel battle in the General Assembly. Last week, the National Automobile Dealers Association began trolling for sympathetic lawmakers. While Georgia dealers say they have “no plans” to revisit an anti-Tesla bill that failed last year, Tesla is preparing a defense. It has already hired one of the top lobbying firms in Atlanta.

Last year, similar legislative fights occurred in Missouri and Michigan. Tesla survived in Missouri, but car dealers won in the state built by the internal combustion engine. In both cases, the confrontations were largely covert, erupting only in the last hours, and Tesla is expecting the same here.