Does your Fitbit have the right to remain silent in a court of law? Best of the Web 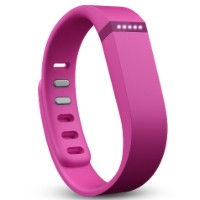 New technologies have a habit of raising interesting legal questions.

Take, for example, health monitoring wearables such as the Fitbit.

Over at Forbes, Parmy Olson takes a look at an important test case in Canada that could have huge implications for wearables devices and the law:

Personal injury cases are prime targets for manipulation and conjecture. How do you show that someone who’s been in a car accident can’t do their job properly, and deserves thousands of dollars in compensation? Till now lawyers have relied on doctors to observe someone for half an hour or so and give their, sometimes-biased opinion. Soon, they might also tap the wealth of quantifiable data provided by fitness trackers. A law firm in Calgary is working on the first known personal injury case that will use activity data from a Fitbit to help show the effects of an accident on their client.

For most of the ‘90s and 200s, when it came to the server software many businesses and websites run on, two big rivals competed.

On the one hand there was Microsoft with Windows Server. Its big rival was the open source alternative known as Linux, which was sold by a number of companies including Red Hat and IBM.

Given the bitter rivalries between the two camps, and the IT professionals that worked on either side of the divide, something remarkable has happened in recent weeks.

From Microsoft’s part, the tech giant has begun sending out memes with the words “Microsoft loves Linux” from its social media accounts. Meanwhile the Linux Foundation has issued a statement praising Microsoft.

So what’s going on? Steven J. Vaughan-Nichols at ZDNet has an explanation:

When Ed Bott recently wrote about how Microsoft really is taking a new path he mentioned many important points, but I think he missed perhaps the most important technical point of all: Microsoft is finally really embracing open-source software.

Over the years Microsoft has, despite fighting with Linux and other open-source programs, never actually shied away from using open-source software when it was to the company’s advantage. They just never talked about it.

For example, Windows first use of TCP/IP in NT 3.5x and Microsoft’s initial releases of HotMail were both based on FreeBSD. Most of the time, however, Microsoft’s public attitude could be summed up by Steve Ballmer infamous 2001 quote that “Linux is a cancer.”

That was then. This is now.

Even in an age of spellcheckers and autocorrect, it still pays to proofread your work.

A good example of why is provided by Will Oremus in Slate:

By now we all know, or ought to know, that just because something is published in a peer-reviewed academic journal doesn’t mean it’s true. But we can at least assume it’s been proofread, right?

Apparently not. A priceless gaffe, which has been making the rounds of academic Twitter this week, is Exhibit A.

Although association preferences documented in our study theoretically could be a consequence of either mating or shoaling preferences in the different female groups investigated (should we cite the crappy Gabor paper here?), shoaling preferences are unlikely drivers of the documented patterns both because of evidence from previous research and inconsistencies with a priori predictions.

Apple versus Google Android: Why is better?

Here’s an article I certainly wouldn’t want to monitor the comments section for.

Over at Dice, Nick Kolakowski has decided to put Google Android up head-to-head against Apple iOS 8. His controversial conclusion is that – at least in terms of features – there is less and less to distinguish one platform from the other:

For years, Google and Apple have been locked in a war over smartphone features. One side will add a new and interesting app or function, only to be imitated by the other during the next upgrade cycle. That perpetual battle has reached a climax of sorts with Lollipop and iOS 8: both offer their own version of an NFC-powered e-wallet (Apple Pay vs. Google Wallet), a health app (Apple’s Health app vs. Google Fit), car-dashboard control (Android Auto vs. CarPlay), and home automation.

These apps are still far too new to declare a “winner,” and their success—particularly in the case of Health and Google Fit—will depend largely on how many partnerships Apple and Google can land in coming years. While Apple Pay has enjoyed significant early gains on the e-commerce front, its success may embolden Google and its retail partners to make another, more aggressive marketing push for Google Wallet; that particular battle definitely isn’t over yet.

One of the biggest emerging trends of recent years has been the rise of health tech. This field has researched how the new technologies that have emerged in recent years (such as smartphones, tablets and cloud) can be used for therapeutic purposes.

Now, a new piece of research examines whether Wikipedia could be used to predict infectious disease outbreaks:

Infectious disease is a leading threat to public health, economic stability, and other key social structures.

We examine a freely available, open data source for this use: access logs from the online encyclopaedia Wikipedia. Using linear models, language as a proxy for location, and a systematic yet simple article selection procedure, we tested 14 location-disease combinations and demonstrate that these data feasibly support an approach that overcomes these challenges. Specifically, our proof-of-concept yields models with up to 0.92, forecasting value up to the 28 days tested, and several pairs of models similar enough to suggest that transferring models from one location to another without re-training is feasible. Based on these preliminary results, we close with a research agenda designed to overcome these challenges and produce a disease monitoring and forecasting system that is significantly more effective, robust, and globally comprehensive than the current state of the art.