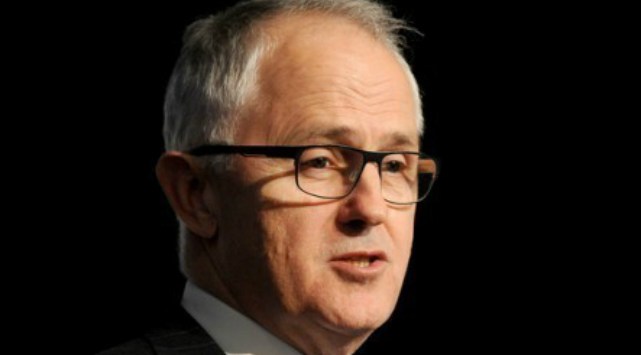 The Australian government has struck a deal with IBM to provide a $1 billion five-year technology service to accelerate the uptake of blockchain, artificial intelligence (AI) and quantum computing in the public sector.

The R&D program will be driven through three hubs in Melbourne, Canberra and the Gold Coast. It is part of an innovative, cross-government technology service deal, inked by the Turnbull government with the US business tech giant, that gives all federal agencies access to IBM’s cloud infrastructure, cyber-security practice, applications and system software.

The deal, led by the Digital Transformation Agency (DTA), is the highest-value tech contract negotiated by the Australian government, and reflects the long-term anticipated value of the agreement.

The agreement represents a much more assertive approach to the big tech vendors, using the federal government’s $6-10 billion annual tech spend to leverage with IBM an ambitious embrace of three emerging foundational technologies, which many digital leaders expect will be deeply transformative for government.

Under the deal, IBM’s AI and cloud technology can be used by Australian agencies to quickly bring more self-service, automation and digitisation to government services. IBM and the Digital Transformation Agency will convene government and industry leaders to prioritise the introduction of new technologies to citizen services.

Announcing the pathbreaking agreement, Minister for Digital Transformation Michael Keenan said the all-of-government service agreement would save money and would help drive the deployment of simpler and easier services. He said it is a major step towards the government’s aggressive goal to be one of the top three digital governments by 2025.

“The deal has also been structured to enable small and medium-sized firms to engage with IBM through ‘channel partner’ arrangements to ensure they also benefit,” Keenan said.

Keenan is also Minister for Human Services and earlier this week made an impassioned plea to take a positive view of data sharing and integration within government. Keenan declared data is not “a four letter word“, citing early examples where integration of data sets was supporting predictive applications in drug and weather data.

New DTA chief executive, Randall Brugeaud, said the five-year deal would save about $100 million over that period.

IBM’s Australian managing sirector David La Rose said this will give Australians rapid access to emerging technologies as they are developed, while helping the government re-engineer its platforms to protect and encrypt citizen data against modern-day cyber-security threats.

“This agreement is a testament to our 40-year partnership with the Australian Government. It shows trust and belief in our ability to transform and provide world-leading capabilities, leveraging our investments locally in AI, blockchain, quantum and cloud. We look forward to helping the Australian Government to redefine the digital experience for the benefit of all Australians.”

The government’s R&D accelerator programs are to be driven through three hubs in Melbourne, Canberra and the Gold Coast.

IBM has major research infrastructure and capability embedded in the Melbourne University health ad bio tech precinct, leading the world in the real-world application of AI to melanoma. This is expected to be the foundation of a research team to accelerate the application of blockchain, AI and quantum computing across the emerging public sector platforms.

Separate units of expert computer engineers and developers will also be based on the Gold Coast and Canberra to work on leading cyber-security solutions for data protection and the application of super-computing for government services.

Blockchain enables transactional data to be trusted, without the need for complex centralised control systems. Public sector pilot projects around Australia are expected to begin mature-to-early operational applications in the coming year, but technologists believes blockchain could underpin the virtualisation of major government controlled or funded systems in the health, finance, transport, safety, energy, education, regulatory and communications sectors.

AI offers the government the opportunity to deeply learn from its huge data pools sitting in its major revenue, payments, service, and safety systems and automate many of the manual systems still deeply embedded in state and federal tech platforms. AI applications are rapidly being deployed to enable computers to learn from case files what are the most effective solutions and offer a major opportunity to empower human service frontline workers by enabling them to learn from the vast amount of knowledge sitting in case management files.

‘As profound as the rollout of electricity’

Quantum is an uber powerful computing technology that promises to power up many of the heavy data processes that will come as federal, stare and local governments seek to integrate major life services, like an easy solution to wind up the affairs of a deceased family.

Quantum computing evangelists believe it will be as profound as the rollout of electricity. The Australian government has already made a $25 million investment in the UNSW Quantum lab in Sydney. The same lab also has multi-million dollar investments from the NSW government, Telstra and the Commonwealth Bank.

IBM has once of the world’s leading quantum computing labs, located outside of New York City.

The government is also negotiating with other major tech vendors to drive a better all-of-government result. Outside of the big defence primes, IBM and Telstra dominate the tech vendor space in Canberra, but with major relationships with Fujitsu, SAP and Oracle.

Keenan said the coordinated procurement process allows for better oversight of contract delivery and greater accountability of how public funds are being spent. Since 2008, whole-of-government agreements have saved the government about $1.2 billion.

The DTA agreement with IBM comes as the government’s fifth chief digital officer in just over three and half years, Randall Brugeaud, takes over as chief executive of the DTA from former NAB executive Gavin Slater, who is going back to the private sector after 12 months in the job.

The deal represents a major recovery for the US tech giant. IBM  had to negotiate a major compensation deal with Treasury, after the first all-digital census was forced to be shut down for two days in 2016, when ABS chief David Kalisch took the call not to risk the suspected infiltration of census data. IBM provided the census solution.

NOW READ: Four predictions from tech giant IBM on the future of the Internet of Things in 2018