How blogging could lead to your next big business idea 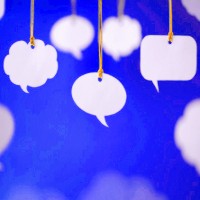 Writing your own blog at home could make you enough money to quit your job.

Don’t believe it? There’s a growing list of Australians out there generating a serious income from their blog. And with a little know-how, it’s entirely possible for you, too.

While there are plenty of businesses that blog to build up their professional profile to build their business, a growing number of bloggers are earning enough from their blog to not have to work.

Nikki Parkinson left journalism to launch advice-driven fashion, beauty and lifestyle blog Styling You, which was named winner of Best Australian Blog in 2011 by the Sydney Writer’s Centre.

Parkinson says that Australia’s financially successful bloggers have been blogging for some time, and have built up a readership that is not only large in numbers, but is engaged. Without a community, it’s difficult to sell advertising or sponsorship, or to sell your own product or service, she says.

“It doesn’t mean you have to have been blogging for 10 years to be successful, but to turn your blog into a business, there has to be a sizeable, engaged community around your blog,” Parkinson says.

“My blog got me into a professional speaking career and helped me get a book deal. It’s also led to countless business, consulting and advisory roles,” he says. In the case of well-known entrepreneur Fred Schebesta, his blog launched an entire business empire.

He started blogging about student credit cards in 2006, which received so much interest, he launched finder.com.au, which now processes one in 10 of all Aussie credit cards and is the second biggest comparison website in Australia, behind iSelect.

“It all started with a blog about student credit cards. After about a year, we had to take on a new staff member to keep up with demand, and we began to take on more and more credit card providers as clients,” Schebesta says.

“It’s slowly built out, and now we have nearly 6000 pages of content and over 30 staff members, with plans to double this number soon.”