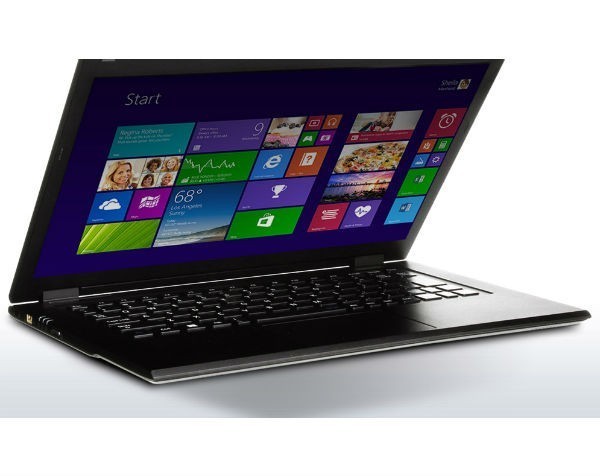 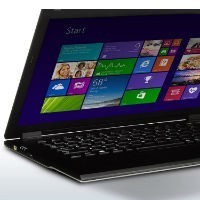 The weigh-in is a common sight in Las Vegas, more commonly associated with boxing title fights than tech launches.

Billed as “the world’s lightest laptop” and weighing in at the ultra mini flyweight of 1.87 pounds (a smidge under 850 grams), the Lenovo LaVie Z series was unveiled at this year’s Consumer Electronics Show, knocking out many tech watchers with its dainty weight and pound-for-pound performance.

The LaVie Z series comes in two versions at the moment, the LaVie Z and the more expensive LaVie Z 360, and both have recently been released to the market by Lenovo.

While the benefits of an ultra-lightweight laptop are an easy sell to anyone who has had to lug a heavy one around for any period of time, reviewers have managed to jab away at the LaVie Z and find some weaknesses.

The LaVie Z series laptops are powered by a 5th Gen Intel Core i7 processor and run on Windows 8.1, with up to 8GB of memory. The slightly more expensive 360 model ($US1850/$A2500) has a touchscreen and weighs a few grams more than the base model. Both models are constructed using magnesium-lithium composite and both have a 13-inch screen.

The LaVie Z has unfortunately garnered a reputation among reviewers of being a ‘great pretender’ to the title of the world’s best lightweight laptop. Praised for its waif-like presence and robust performance, it has also been damned in equal measure for its keyboard, battery life, screen quality and audio deficiencies.

At Engadget, the reviewer sucker punched the LaVie Z at opening bell: “The Lenovo LaVie Z series is a winner. Or at least it was before I tested one for this review.”

One of the main drawbacks for this reviewer was the keyboard, which appeared to be a design afterthought for Lenovo.

The LaVie’s Z keyboard makes me wonder if Lenovo initially wasn’t planning to release it in the States. Though the buttons do, at least, have English characters, the layout will seem completely unintuitive to American users: Almost every major key, including Caps Lock, Tab, Ctrl, Backspace and even the spacebar, has been shrunken down.

The keyboard issue also came up in PC World’s review: “… it probably is going to be a deal-breaker for some. You’ll really need to try the keyboard first to see if you can live with it.”

The PC World reviewer did also go on to note the unit’s poor audio quality: “The LaVie Z’s audio is so bad it’s hard to believe. I’m sure if I cracked the LaVie Z open, the world’s smallest and lightest kazoo player would wave back at me from inside.”

But performance was a redeeming feature: “The good news? Performance is pretty awesome for something this light.”

Over at TechRadar, the reviewer wasn’t quite ready to thrown in the towel on the LaVie Z, echoing the general consensus that this lightweight machine had some serious moxie under the hood.

“How that industry-leading processor performs in day-to-day tasks is what allows the LaVie to stand among the best Ultrabooks in the world.

“This isn’t just a lightweight laptop – this skinny kid can fight.”

If you’re on the move and want to shave pounds off your baggage weight, this laptop is definitely a good option. It’s a strong performer even if some of its features might not be up to scratch when compared to something like the MacBook Pro. It might not be the champion of its division, but this lightweight does pack a decent punch.