Almost 99% of NFTs fail — so is Australia’s future really fungible?

Non-fungible tokens, or NFTs as they are most widely known, are non-interchangeable units of data stored on a blockchain, allowing artists to create and sell unique tokens.

Sahay says that it’s a simple calculation: if an NFT doesn’t sell well in the first hour, then that’s it. It won’t.

Yet for the 1% that have succeeded — those that we see selling for millions upon millions — it all apparently comes down to marketing.

“Community is at the heart”

Speaking at last week’s Fintech21 forum, Sahay explained that in order for an NFT project to be successful, you have to be preparing for its launch far before the launch date.

Sahay says it’s really important to have a plan behind your project, starting with an actual strategy that encapsulates objectives, achievements, brand awareness and lead generation.

When it comes to your brand story, customers will “believe in what you believe in”, Sahay said. 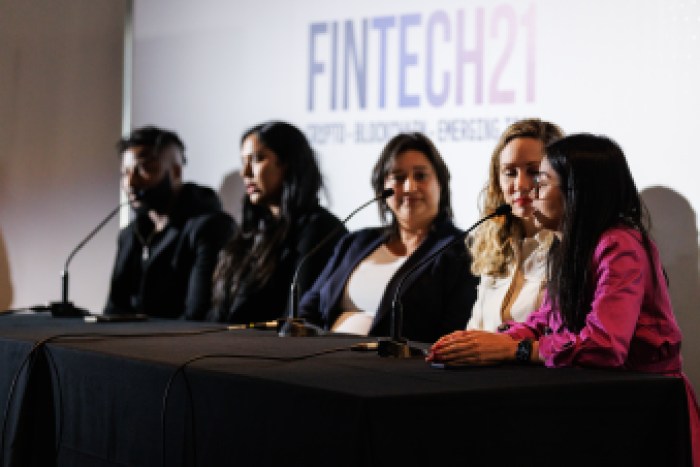 Chubbiverse chief String Nguyen, another panellist at the Fintech event, mirrored this view, saying “you have to give people a really good reason to want to buy your NFT”.

“NFTs are so incredibly individual — they speak to you, they speak to whatever you’re interested in, they [can be] whatever means something to you,” Nguyen said.

But they also need to speak to those buying your NFT because once they own it, [the buyer] feels they “have a sense of ownership of the brand, even if they only have one token”, Meadow Labs chief marketing officer Mariella Mejia added.

Ultimately, “community is at the heart of the project”, Mejia says.

It’s simple enough to say building a community around your product — non-fungible or not — will help it sell better, and that may be the case.

But for an industry as volatile as the cryptocurrency world, aren’t those considering jumping on the NFT bandwagon right to be hesitant?

Apparently not, according to Valyou X chief and founder Bobby Oparaocha.

“Don’t get put off that crypto might crash,” he said.

“The industry moves in cycles. [Crashes] will happen. But now is the time to get involved.”

So if everyone can harness the passion and low risk-averse nature required to succeed in the NFT space, then can Australia’s economy become completely fungible?

“Perhaps not all of it,” CoinSpot chief of business development Tim Wilks admitted in his forum speech prior to the panel.

“But the future of this space is still really exciting.”

Block Earner co-founder and chief Charlie Karaboga tells SmartCompany Plus why staying in his comfort zone was a big, big mistake.

How rising inflation and interest rates led to the crypto crash

The reasons behind the cryptocurrency 'bloodbath' show how the world is likely to be affected by higher inflation and interest rates.