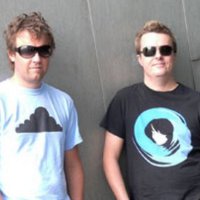 He adds that Singapore is “kicking our arse” in the battle to become Asia’s tech hub and to secure the initial public offerings that would come with it.

The award is aimed at encouraging and rewarding innovative talent within ICT and is given to people “who during their career have taken a risk, made a difference and are an inspiration”.

In 2010 King and Clark sold their coupon trading website RetailMeNot for $90 million, they’re co-the founders of LIFX and mentors for Melbourne-based accelerator Angelcube.

“If the next Facebook is started by Australians, it will end up floating in the US and none of those jobs or taxes will flow back into the country,’’ he says.

“Increasing the amount of venture capital available in the country would go a long way to helping that, and the only practical way I can think of doing that is to provide hefty tax concessions.

“I’d love to see a concession for early stage investing, but I doubt we’ll ever see that in this country because it’s a political issue about giving rich people tax breaks and stuff like that.

“Which is a real shame because it is risky to invest in startups.”

That said, King noted that pool of venture capital could be about to expand naturally.

“I almost feel like there’s a bit of a quiet period before we start to see some new runs on the board come through relatively soon and those entrepreneurs will then feed back into the system,” he says.

“For example, Atlassian are probably on the cusp of an IPO and it’s going to create a whole new generation of entrepreneurs out there.”

King lamented the government’s general ambivalence when it came to nurturing the startup scene.

“It’s hard to criticise the government’s approach, it’s been fairly non-committal either way, which is a problem I think in and of itself.

“Even things like the ESOPs (employee share options scheme), they’re a nightmare as well – that’s really the engine for startups in the Valley.

“That’s how you attract the best people and motivate those people.”

King and Clark founded RetailMeNot in 2006, and while they believe the government can do more, they say the Australian startup system is generally much healthier than it was then.

“A lot has changed in the last six or seven years, since RetailMeNot; I don’t think the community existed then,’’ Clark says.

“It didn’t feel like we had mentors we could turn to or a community,’’ he says.

“It probably was there but a lot smaller and fragmented that what exists now.

“I think generally there’s a much greater awareness of the whole entrepreneurial thing.”

Clark says the changes aren’t all good, noting how the recently scrapped Commercialisation Australia helped them in their early days.

“It’s a huge thing and it’s going to have an impact, but I think entrepreneurs in this country will push on through that,’’ he says.