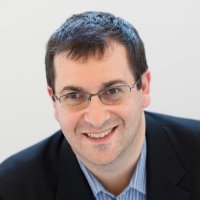 He was a serial entrepreneur and venture capitalist in Silicon Valley, and an early-stage investor in pioneering Australian crowdsourcing business 99Designs.

In a statement to SmartCompany, a spokesperson for SurveyMonkey said everyone in the business was “deeply saddened” at the news.

“Dave’s genius, courage and leadership were overshadowed only by his compassion, friendship and heart,” the spokesperson said.

“His greatest love was for his family. Our sympathy goes out to them and to all who were touched by this extraordinary man. We are all heartbroken.”

Patrick Llewellyn, president and chief executive of 99designs, told SmartCompany this morning Goldberg invested in 99Designs alongside Accel in a Series A round in 2011. He says the 99Designs team will always be grateful for Goldberg’s support.

“Dave was always willing to help and made time to connect and engage on our business and introduce us to anyone he thought could be helpful,” Llewellyn says.

“I know it sounds a bit clichéd, but Dave really was one of the nicest guys I’ve had the pleasure of meeting in the broader investor/business world.”

“Outside the limited opportunities I had to spend time directly with him, I took inspirations from the example he set as a leader of a great business and the way he promoted the importance of family and work-life balance.”

Goldberg grew up in Minneapolis and studied at Harvard before deciding to abandon his plans to be a lawyer.

“Sometimes the things you decide not to do are actually the biggest things to do in your career,” he told Business Insider in a recent interview.

Goldberg worked for Bain as a consultant before joining music business Capitol Records.

Then with his best friend from high school Goldberg founded Launch Media, a streaming service which was bought by Yahoo!

Goldberg went with his company to Yahoo!, which is when he started dating Sandberg.

Goldberg moved with Sandberg to Silicon Valley and commuted to LA to work at Yahoo! before quitting after eight years.

He then took on a role as “entrepreneur in residence” at venture capital firm Benchmark.

This is where Goldberg first came across SurveyMonkey and took on the top job.

“I really like the mission at SurveyMonkey which is, we help people make better decisions. It’s just a great thing,” he told Business Insider.

Goldberg and Sandberg have two children.