“Everything is at my fingertips”: How working from a smartphone helped this entrepreneur build a $5 million business 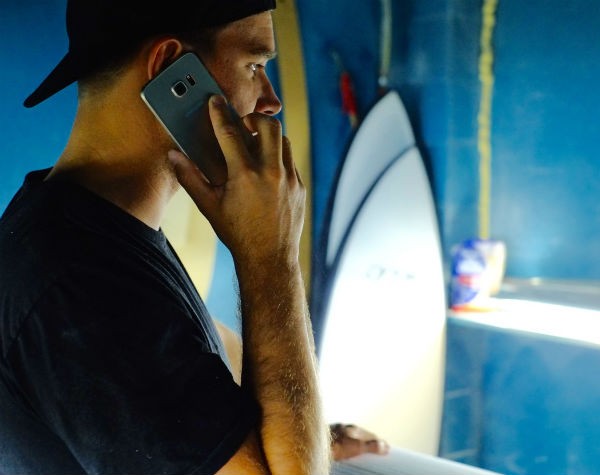 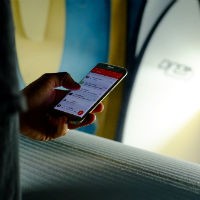 An increasing number of entrepreneurs are stepping away from their desks and running their businesses from mobile devices.

And the tech giants are listening; both Apple and Google recently unveiled larger smartphones in a bid to appeal to those who spend a lot of time on their mobiles for work and play.

Hayden Cox, the founder of surfboard manufacturer Haydenshapes, told SmartCompany he is constantly on his mobile and couldn’t imagine running his business without it.

Haydenshapes manufactures around 15,000 surfboards a year and turns over more than $5 million annually.

Having built a strong brand over the past few years, its founder points out the company wouldn’t be as successful if he wasn’t able to respond to issues and queries quickly.

“The beauty of having everything on the one device is I can just be touching a lot of different areas of the business really quickly,” Cox says.

“Obviously I still work on a desktop to design the surfboards and look at really big spreadsheets. But for the most part, everything is at my fingertips.”

Being mobile allows you to put out spotfires

Cox says being able to instantly plug into the business while away from the office – such as traveling between meetings or waiting for a taxi at the airport – solves a lot of communication issues.

This is especially important given Haydenshapes is growing fast and has offices in both Sydney and Los Angeles.

“Every day, every week I’ve been able to solve different things from my mobile,” Cox says.

“Every ecommerce sale comes through my phone, so if there’s any issues with the products I’m fast to react. It’s not like a week later I see we’ve sold $20,000 worth of products at the wrong price.

“Because I’m mobile and I have all these great tools … I’m dealing with a lot less issues and putting them to rest a lot quicker. The problems aren’t as big as when you don’t see them for five days.”

Working from his mobile also allows Cox and his team to respond quickly on social media and convert curious fans into loyal customers.

Asked how business owners who are used to mostly working from a desktop can make the transition, Cox says the trick is to go slowly and understand how to best use your mobile for business.

This way you will get the most out of what smartphones have to offer.

“Start on your desktop and use the apps for business,” Cox says.

While Google spreadsheets and Xero’s accounting app have allowed Cox to check up on the business at any given time, he points out that working from a mobile has its downside.

“You’ve almost got to put your phone away sometimes as it is connected to everything you’re doing,” he says.

“That’s the challenge. But I put my phone on silent a lot to focus on the activity I’m doing then and there and if I want to touch base again it’s just there.”

Renee Gamble, head of Google for Work for Australia and New Zealand, told SmartCompany more and more business owners are expecting to work the same way they live their everyday lives.

“There are so many businesses – big or small, traditional or non-traditional – that are on the move,” Gamble says.

“Effectively, what people want to be doing is working the way they live. They live on the go and try to do lots of things at once. They try to stay connected and productive to make the most of their time or in their downtime.

“Mobile captures the platform, but you think about what they’re [SME owners} trying to do, they’re trying to stay productive, be productive, communicate and get things done.”

So what does this mean for the future of mobile?

Gamble says we can expect to see a stronger focus on collaboration in the next few years.

“Our priorities are making sure we’re not only keeping up but staying ahead,” she says.

“Gmail is a great way to keep productive on the go, but we want to take that further so you can work on documents. People are trying to be more collaborative and efficient.”

The other area we can expect to see further development in when it comes to working from mobiles is improved security, according to Gamble.

“The challenge and opportunity for IT managers is to harness what people are doing but not to put any risks to the business,” she says.