Fast Lane: The problem with Google and the “right to be forgotten” 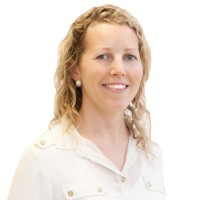 Over in Europe, search engine Google is frantically trying to work out how to “forget” European citizens.

After the European Court of Justice ruled there was “a right to be forgotten” on the internet, the search engine giant has launched a form where citizens in 28 European countries can request the removal of links to information about them from search results.

The form enables requests to Google to “remove results for queries that include their name where those results are ‘inadequate, irrelevant or no longer relevant, or excessive in relation to the purposes for which they were processed.’”

This is an impossibly vague and broad criteria which could arguably capture the majority of information on the internet.

And although Google hasn’t specified how it will apply this criteria, the search engine giant has already received over 12,000 requests for information to be taken down and that’s just on the first day of the system operating.

Clearly there are a lot of people out there who want to have their past forgotten and erased.

I am contacted fairly frequently by people whose business has been covered on SmartCompany years ago for some misdemeanor, bankruptcy or collapse.

Their request is always the same.

They are after some selective editing of the past.

They ask for the story in question to be removed or to be updated with the positive things that have happened in their life since then.

While I can’t help but feel sympathetic to their plight, if the story was factually accurate at the time I can’t rewrite history.

SmartCompany’s archives remain intact because the only way to stay true to the past is to keep it recorded.

Now on a much larger scale, the European Court of Justice is enabling a rewriting of history.

But such a right poses a real risk to an open, innovative and equal internet.

Those individuals with the motivation and resources to pursue requests to be forgotten are likely to be the powerful and the rich.

These are the very people to whom public interest should demand unfettered search results.

For Google, and any search engine, there is likely to be a presumption in favour of removing whatever is asked rather than face the legal costs of challenging requests.

As a Google spokesman told The Wall Street Journal: “The court’s ruling requires Google to make difficult judgments about an individual’s right to be forgotten and the public’s right to know.”

These aren’t judgements which should be made by a search engine.