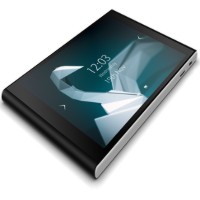 Competition in the tablet market continues to heat up, with Finnish smartphone maker Jolla unveiling its Sailfish OS device yesterday.

Jolla was founded in 2011 by a group of former Nokia employees and the company’s first foray into the tablet market comes just one day after Nokia re-entered the tablet market with its Android-based N1 device.

According to PC World, the Jolla tablet has a 7.85-inch screen with a resolution of 2048 by 1536 pixels and runs on a Linux-based Sailfish OS operating system. The device, which weighs 384 grams and is 8.3 millimetres thick, has a 1.8 GHz quad-core Intel processor, a 5-megapixel back camera and a 2-megapixel front camera. It comes with 2GB of RAM and 32GB of integrated storage that can be expanded using a microSD card.

The Jolla tablet is expected to begin shipping during the second quarter of next year, with the company currently crowdsourcing the device via an Indigogo campaign. Jolla initially made 1000 units available for $US209 ($242.55).

Jolla quickly surpassed its goal of raising $US380,000 selling 2000 tablets before December 9, with early investors helping the fundraising campaign reach more than $US824,000 on Thursday morning.