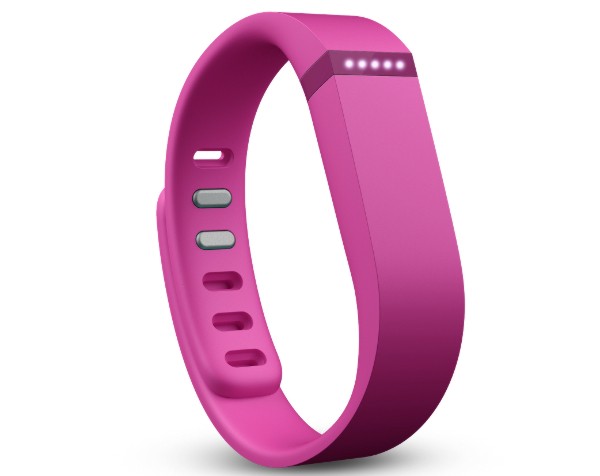 Shares in health tracker company Fitbit fell 33% overnight and have lost 66% in the past year amid worries that the world’s interest in wearable fitness devices has peaked.

Fitbit reported its third quarter figures on Wednesday and the results showed a slowdown of year-over-year revenue growth. The figures predicted revenue growth of 2-5% for the fourth quarter, a number analysts viewed as alarmingly low in the lead up to Christmas trade.

Read more: Why Fitbit says it’s not worried worried by the Apple Watch

The result saw a massive sell-off of the stock on Thursday, with shares in fellow “wearable” maker GoPro also taking a 6% hit thanks to Fitbit’s news.

Fitbit chief executive James Park told the market the business was still profitable and focused on growth, but the pace had slowed. Analysts, meanwhile, are concerned about the number of competitors that have arrived in the fitness tracking market and how well the company was placed to create something new in order to stamp out the appeal of other new businesses.

“We are attracting new customers while our existing ones are upgrading their devices, underscoring the strength of the Fitbit brand and growing relevancy of wearables as part of consumers’ everyday lives,” Park said.

“We are focused on improving the utility of our products and integrating more deeply into the healthcare ecosystem.”

However, in the quarterly SEC documents filed to the market, the business indicated there could be a number of future challenges.

“As we grow our business, we expect our revenue growth to slow in future periods due to a number of reasons, which may include slowing demand for our products and services, increasing competition, a decrease in the growth of our overall market,” the company states.

Fitbit only started trading on the New York Stock Exchange in June 2015, and shares have lost 56.8% since then, trading at $US8.51 overnight compared with the $US29.68 shareprice on listing.

Is Australia done with fitness wearables?

Fitbit sales were weak in the Asia-Pacific region for the quarter, even though significant marketing spend was directed towards this market throughout the year.

SmartCompany has followed Fitbit’s path to dominance in the health tech space, and the popularity of the product took off for both business and personal use over the past two years. The original iteration of the device was among SmartCompany’s top gadgets in 2009, and management have spoken in depth about their approach to ensuring the company grew into a major disruptor in the health and fitness space.

“The context for all this disruption were two major things happening around the world: one, rising obesity rates, this is not just a US problem, it is happening around the world; and, secondly, more and more people being interested in getting data to understand their own health,” Fitbit chief financial officer Bill Zerella explained to a crowd at the SuiteWorld conference last year.

“This all happened at the same time that there was a lot of technology innovation with micro controllers, Bluetooth low energy and the proliferation of smartphones around the world, which gave you a platform for data visualisation through the app.”

Australians’ affection for wearable devices has grown rapidly over the past two years and a recent PwC study into the local market suggests the number of consumers who own at least one device jumped from 21% in 2014 to 49% in 2016.

There is a belief that there’s still room for profit in Australia, because one third of survey respondents said they would likely own more than one wearable device. But there are now plenty on the market to choose from, with brands like Jawbone and China’s Xiaomi Mi band, which retails for as low as $US35.

While local consumers still cite health as the number one reason for buying a device in this category, the social aspect of these technologies is also increasing in importance, with the technologies like the Apple Watch becoming more attractive to buyers than two years ago.

Fitbit launched two new products in the third quarter, but take up of these products have not been enough for the market to back the brand this week.