Food delivery drones are taking flight in the ACT: is this the start of a new delivery model? 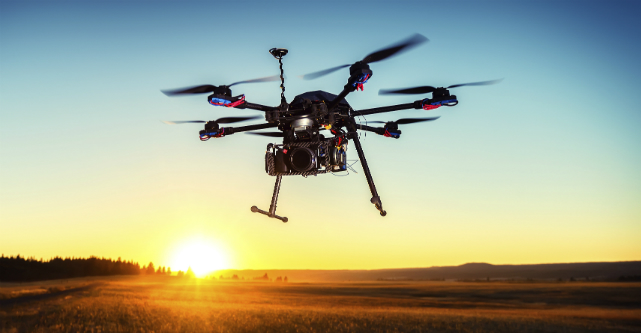 A range of Australian brands are testing drone-delivery through trials in regional areas, but experts say there’s still a way to go before residents can expect food from the skies.

One hundred and fifty brands, including Chemist Warehouse and Mexican food retailer Guzman Y Gomez, have signed on to the early tests of the technology.

As part of the trial, Fairfax reports the products were flown around the Tuggeranong area. Tuggeranong residents will be able to order their items, which will then be delivered by drone using flight path software designed by the project team.

Project Wing has previously been conducting experiments in the rural town Royalla, on the border of New South Wales and the ACT since July. The suburb was selected because the nearest shops for residents were 40 minutes away.

Product manager Luke Barrington told The Canberra Times Royalla was also because of its open paddocks. Barrington said the wide spaces were a starting point, and the next stage looking to deliver goods in more residential areas.

“If we want to make drone delivery accessible for everyone we have to navigate smaller backyards and tighter situations,” he said.

Logistical matters have yet to be figured out

Logistics is a hot topic in the era of Amazon in Australia, but despite some brands testing the technology in pilot programs, local businesses are yet to roll out regular drone deliveries in Australia.

Consultant at Retail Oasis Pippa Kulmar says at the moment, drone delivery tests serve as a method of generating attention for brands, while the logistics are being sorted out.

Drone delivery trials have also carried out by retailers like Domino’s and Amazon, but Kulmar says these were more to grab headlines than anything else.

“A lot of businesses have been talking about it, but not being used as a mainstream mode of delivery,” Kulmar tells SmartCompany.

“It’s more market tests all being use to generate PR but its not like the mainstream means of delivery.”

This belief is supported by 2017 research from Gartner, which predicts delivery drones will amount to less than 1% of the overall commercial drone market, because they’ll be caught up in logistical issues.

Drones could resolve many of the delivery issues retailers currently face, such as geographical boundaries, wait times and labour costs, but Kulmar says it’s currently unclear how using drones will fit into the supply chain.

“Everyone is looking at how you could actually make it work and ensure it’s not such a cost for businesses,” she says.

If small businesses wished to use drones for delivery, Kulmar says there would need to be multiple competitors in order for SMEs to access affordable prices suitable to their business plan.

SmartCompany contacted Project Wing, Chemist Warehouse and Guzman Y Gomez for comment, but did not receive a response prior to publication.

Fantastic idea. But hard to imagine micro-deliveries taking place in the near future so dinner will be ”coming from the sky”. However, use of larger drones for industrial (B2B) deliveries may be possible 🙂