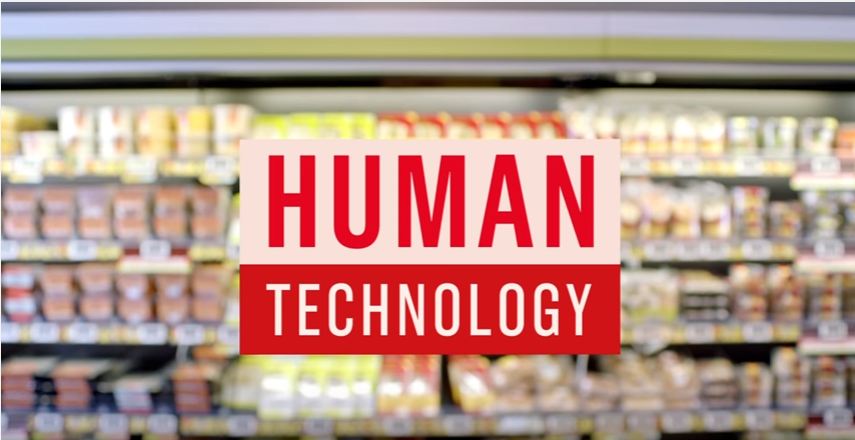 French supermarket chain Monoprix has taken aim at the futuristic Amazon Go store in its latest ad, saying innovative shopping shouldn’t require the use of an app.

At the start of December, Amazon released a video promoting a pilot supermarket that relies on machine learning and in-app purchases so that shoppers can grab items and leave the store without interacting with staff.

At the start of the week, Monoprix released its own concept video mimicking the bouncy music and wistful narrator of Amazon’s video to promote its own stores.

“You don’t need an app to go shopping, so put away your app and shop, it’s really that simple,” the narrator says enthusiastically.

“Everything you pick up, you add to your basket, like usual!”

Amazon promoted its ability to track changes of mind in its “Go” stores by showing a woman picking up a cupcake, with the app updating the price of items in her “virtual basket”.

“If you change your mind about that cupcake, just put it back – our technology will update your virtual card automatically,” Amazon’s voiceover says.

But Monoprix seems to think this is unnecessary, parodying the same lines in their ad.

“If you change your mind about that cupcake, just put it back – but to be honest we don’t see many people putting back our cupcakes,” the narrator says.

The Monoprix ad was created to promote its home delivery service, where shoppers can choose their items in store and have them delivered an hour later to an address of their choice.

“No lines, no checkout, no groceries to carry,” the voiceover says cheerfully

The Amazon ad has been viewed over 7 million times. With only 55,000 views so far, the English language Monoprix ad might need some time to catch up.