Friend or foe? How modern technology can be used to make a positive change in people’s lives 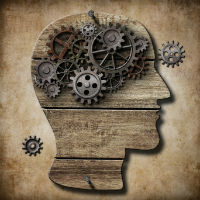 Technology is a constant factor in everyday life and should be leveraged more often to tackle mental health issues, according to a clinical psychologist who started her own wellbeing app.

Dr Lisa Patterson-Kane, principal psychologist at Changing Ways Psychology, has been specialising in psychology-based care for people in rural and remote areas for around 10 years.

After seeing how geographical issues were preventing people from accessing weekly consultations, she decided to build an app that would have a similar effect as a psychologist tapping someone on the shoulder “each and every day”.

“It was never meant to be the top app in the world, but for quite a long period of time it was in the top 10 health and fitness apps,” she says.

“I’ve had many clients who have been my past or present clients saying, ‘It’s just like I’ve got your voice in my ear.’”

Patterson-Kane launched Get Happy in 2012 after using Appster to develop the app and get it up and running.

“They were very honest about the functions that it could have and we worked through the goals I had for it,” she says.

“They were very honest with me for the need for marketing. I found them to be a really good company to work with because I don’t’ have very much tech knowledge but I do have very specific skills in what I do.”

Patterson-Kane says often people can be intimidated if they don’t have specific knowledge about technology, however that shouldn’t stop health professionals from using apps and the internet to solve problems they come across in their particular industry.

“I don’t believe you need to be tech savvy [to start your own app],” she says.

“You need to look at what your own strengths are and have other people help you with what aren’t your areas of strength.”

Modern day technology can be “either your friend or foe”, according to Patterson-Kane.

“Technology can have an extremely negative effect on someone’s mental health in a lot of ways,” she says.

“People can become disconnected from family and their environment because they’re always watching devices. But then again, we also need to acknowledge it [technology] has a lot of positive qualities and use those too.”

These can include crowdsourcing tips for managing chronic disease, reminders to take medication as well as positive tips to help get through the day. Patterson-Kane says 10 years ago the idea of a smart device buzzing in your pocket to assist with a person’s overall wellbeing was “an abstract concept”.

This article was originally published at StartupSmart.