Appropriately enough, Thomas Maschmeyer is a man of limitless energy. Aside from holding down a day job as a Professor of Chemistry at the University of Sydney and serving on a plethora of prestigious editorial and advisory boards, he’s also co-founded or founded three ecotech businesses.

Professor Maschmeyer respects lithium-ion battery technology; he recently wrote a newspaper article acknowledging its essential role in energy storage. But like everyone else with an interest in renewables, he recognises there simply isn’t enough of it available to facilitate a green energy transition. (A lack of supply meant the price of battery-grade carbonate lithium rose 700% over the last year alone.)

Even if everything imaginable is done to ramp up lithium production, there will still be a growing shortfall as drivers increasingly switch to electrical vehicles, nations attempt to meet their net zero commitments and the fourth industrial revolution gathers further momentum.

The good news is that, especially when it comes to stationary energy storage (e.g. the giant batteries used in locations such as solar and wind farms), lithium can potentially be replaced with more abundant materials such as sodium, vanadium or zinc.

Inevitably, there are trade-offs to making this switch. Lithium is super light, which is why it’s used for laptop and mobile phone batteries. On the other hand, the electrolyte gel used in Gelion’s batteries is a fire retardant. Unlike their lithium equivalents, zinc-bromide batteries can’t catch fire or explode and will keep operating in temperatures up to 50 degrees without needing air-conditioning. (This may prove to be a selling point for potential Australian buyers in the wake of two Tesla Megapacks catching fire at a Victorian testing facility in late 2021.)

Professor Maschmeyer founded Gelion Technologies to develop zinc-bromide batteries in 2015. Gelion entered into a strategic partnership with Armstrong Energy in 2016 and was listed on the London Stock Exchange in 2021. After raising the funds to accelerate commercialisation, Gelion is now preparing to send its first batch of batteries out into the world.

“One advantage of zinc-bromide batteries is that they can be made relatively cheaply in facilities originally designed to produce lead-acid batteries,” said Gelion CEO Hannah McCaughey. “In partnership with [battery manufacturer] Battery Energy Power Solutions, Gelion is now finalising a pilot production line in an existing battery-making facility in Fairfield, Sydney.” 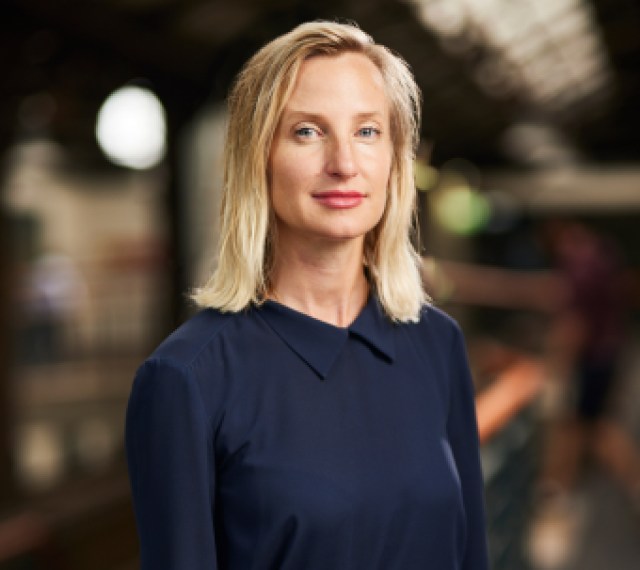 Gelion batteries will begin rolling off the production line in the second half of 2022. They will then be trialled by some significant renewable energy players, especially in Europe. (Given recent events in the Ukraine, there’s never been more interest in storing energy generated by wind, solar, hydro and biomass in nations such as Germany.)

The company is in discussions with several companies, with those talks still commercial-in-confidence.

“We have a huge list of companies lining up to talk to us,” McCaughey said. “We want to make sure we work with the right strategic partners to really accelerate our batteries into the renewable energy market.”

It’s a matter of public record that Acconía Energia, which was spun out of the European infrastructure and renewable energy conglomerate Acciona, has inked a test-and-supply commercial contract with Gelion. It will soon be testing Gelion’s batteries at its photovoltaic plant in Navarra, Spain.

“If the tests go well, Gelion will become one of Acconía Energia’s suppliers,” McCaughey notes.

If an industry leader such as Acconía Energia demonstrates its confidence in Gelion’s batteries, many other companies will probably follow suit. In such a scenario, some of those elusive green jobs that environmentalists like to talk up might start materialising in Western Sydney.

“If the demand is there — and we are sure that it is — Gelion hopes to massively scale up its Australian manufacturing facilities,” McCaughey says.

Cheaper and greener: How batteries made with sulfur could transform energy storage

The first ever listed company from a Uni project start in Australia. Well done!