Girls in Tech officially launches in Australia: “We want to inspire young women to reach for the stars” 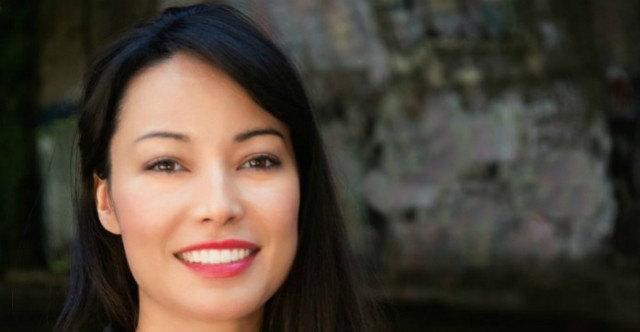 Girls in Tech has officially launched in Australia, with the global non-profit bringing a series of world-class events, programs and initiatives to grow the local tech ecosystem and close the gender gap.

“We really feel that Australia has the right ingredients for a very solid tech ecosystem, it has access to talent, a great diverse population,” Gascoigne tells StartupSmart.

“This is a good opportunity to really plug Girls in Tech in to grow the ecosystem so women can have a voice and challenge themselves to become entrepreneurs.”

With major partner REA Group, Girls in Tech launched on Wednesday night with an official address from Victoria’s Minister for Innovation Philip Dalidakis and other guests at Kelvin Club – once a men’s only clubhouse – in Melbourne.

Melbourne joins more than 50 other cities around the world including Dubai, Paris and Sao Paulo that are part of the Girls in Tech movement.

“We’re launching in interesting locations like Myanmar, Paraguay in Latin America, we’ve had some expansion in Europe and new chapters in Switzerland, Ireland and Belgium,” Gascoigne says.

With diverse teams representing people of all backgrounds leading to the best and most comprehensive tech solutions, Gascoigne says she wants the Melbourne chapter of Girls in Tech to push for change in how tech talent is recruited, nurtured and optimised.

“We still have the same issues that exist here and around the world which is there is a scarcity of our gender within the tech space,” Gascoigne says.

And with a growing number of multinational organisations wanting to create a footprint in Australia, Gascoigne says Girls in Tech will play an important role in facilitating this.

“One of the major values the organisation brings is our interconnected web of amazing, powerful women in tech,” she says.

More events, bootcamps and hackathons for women in tech

Gascoigne says her first priority is to increase Girls In Tech’s membership base and drive up awareness of its events and programs including hackathons, coding bootcamps and pitching competitions.

The Hacking for Humanity series will also be coming to Melbourne.

“It’s a ten-city hackathon to encourage women to focus on social innovation,” she says.

“Australia is definitely going to participate in that.”

Girls in Tech’s Catalyst Conference will run Down Under for the first time next year, to showcase executive women, astronauts, entrepreneurs, academics and more.

“That’s our premier conference which brings together over 1000 attendees,” Gascoigne says.

“[We want to] inspire young women to reach for the stars.

“We want to get as many women as possible involved not only in Melbourne but across Australia and throughout the region to learn about collaboration and focus on STEM and opportunities within the startup and entrepreneurship sector.”

Driving change from the heart of each city

Without taking a “cookie cutter approach”, Gascoigne says Girls in Tech will really be working to contextualise each program and initiative they introduce to leverage the culture, talent, opportunities and challenges in the local landscape.

“It’s getting more women to take risks as entrepreneurs, to get more investors to back female-founded companies and more women to educate themselves in STEM fields earlier on in their lifetime,” she says.

The organisation is already building a powerful network in Australia with the likes of the Victorian government, Telstra and Slack coming on board.

“Anyone who would like to support our cause we will not turn them away,” Gascoigne says.

“This is a collective effort.”