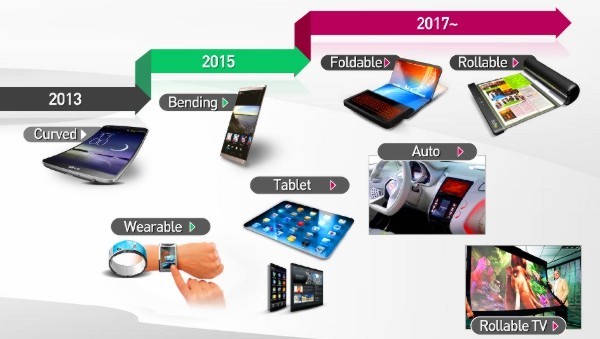 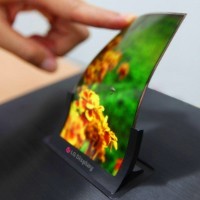 The overhead projector for office presentations could soon go the way of the typewriter, with LG Display unveiling a new plastic-based display technology that will mean TVs in 2017 will be able to roll up like a newspaper.

The new technology, called P-OLED (plastic-organic light emitting diode) uses a layer of organic material that lights up on receiving an electrical charge, wedged between two sheets of transparent plastic that also transmit an electrical charge to each pixel.

According to LG, P-OLED displays don’t need a backlight like LCD displays (the RETINA displays in many Apple products are based on LCD). It can also be folded, bent or rolled up like a sheet of plastic, without breaking like a glass display would.

It is also thinner than the existing display technologies, measuring just half a millimetre thick, compared to around 1 mm for glass AMOLED displays, and over 2mm thick for LCD displays, allowing for even thinner smartphones.

The technology has been already been used in the company’s LG G Watch R smartwatch, which allowed it to have a round clockface, as well as the limited release LG G Flex smartphone.