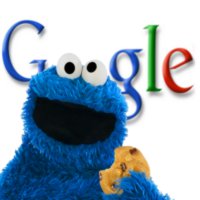 Google has announced the release of new premium versions of its Google+ social network and Hangouts messaging service, as well as load balancing and solid-state drive (SSD) persistent disk options for its cloud hosting customers.

Google Apps customers can now use Google+ as a corporate social networking tool, with administrators gaining the option to prevent posts or messages being shared outside an organisation.

Administrators can also see the users within an organisation who have a Google+ profile, prevent third party apps using Google+ APIs, and correct the age of users who accidentally signed up with the wrong age.

In Hangouts, Google Apps customers will be able to organise video calls with up to 15 participants rather than 10, create private Hangouts video calls restricted to within an organisation, and override default sharing settings for posts and communities.

However, Google+ and Hangouts are not considered a Google Apps Core Service, meaning corporate users will not same level of technical support they would for services such as Gmail.

Meanwhile, the tech giant has also announced changes to its cloud hosting services, including a limited trial of HTTP load balancing and SSD persistent disk options.

Google product management lead Tom Kershaw said the new load-balancing feature means businesses will be able to draw on computing resources that are located in different data centres in different parts of the world.

“This creates a truly global service offering and lets our customers optimise their computer resources and reduce latency on a global scale. Google HTTP Load Balancing does this through a single external IP address, which also adds simplicity to network operations,” said Kershaw.

Google’s SSD persistent disk options will cost a flat rate of $US0.325 per gigabyte per month, supporting high-traffic apps and websites with up to 30 IOPS (Input/Output Operations Per Second) per gigabyte.