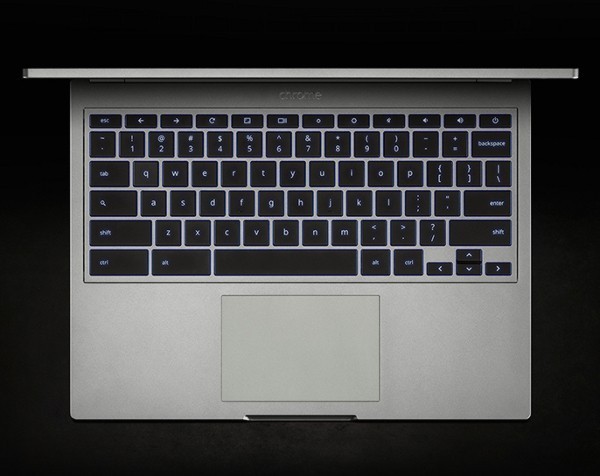 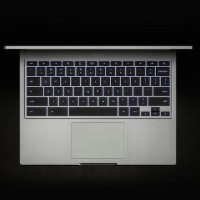 Back in 2013, Google launched the Chromebook Pixel in a bid to push its Chromebook platform – which until then had been targeted at low-end notebooks – into the high-end device market.

Now, with the recent update to Apple’s MacBook lineup and Windows 10 just around the corner, the competition has never been fiercer.

So how does the newest incarnation of the Pixel stack up? It’s time to find out.

As with its predecessors, Engadget’s Dana Wollman says the new device is mostly for heavy users of apps and services that can run in Google’s Chrome web browser:

Four years after the first Chromebook came out, the idea of a laptop running the Chrome browser as an OS is still a niche proposition. These things aren’t for everyone, and might never will be. That said, the idea doesn’t seem as silly as it once did. Personally speaking, I wouldn’t buy one – but that’s mostly because it won’t run Photoshop, and it doesn’t play nice with certain peripherals like my running watch. Barring that, though, I love the Pixel. Between the design, display, keyboard and battery life, it’s among the finest notebooks I’ve had the pleasure of using. I’m sad to have to give my review unit back.

Even so, I’m running out of excuses. More and more apps now run in the browser, including big holdouts like Skype. Although I personally require certain desktop apps, there are surely others out there who would have no problem living in Chrome. If that’s you, you’re getting hardware that stands up to the Retina display MacBook Pro as well as many Windows flagships, and you’ll probably pay slightly less than you would for a machine with similar specs. That said, if you think you’ll need certain desktop programs from time to time, a Mac or Windows Ultrabook is still the more practical choice.

ZDNet’s Matthew Miller argues the device has strong appeal for Google Docs users who are interested in productivity:

My primary home computer is a Surface Pro 3 that I connect to a touchscreen Dell monitor via the Surface dock. The Surface Pro 3 is an incredible device that lets me perform my engineering work as well as my ZDNet writing without any real limitations. I need to focus on using it more as a tablet around the house though as it sits in the dock at home and then pops out when I hit the road.

The Pixel is blazing fast, the display looks fantastic, touch is useful at times, the trackpad is on the level of a MacBook, the backlit keyboard lets me pound out the words faster than my Surface Pro 3, the battery seems to last forever, it’s a pleasure to just say “OK Google” and perform searches, and the speakers sound great. Unlike most of my other devices, there is nothing lacking in the Chromebook Pixel.

Most of my devices are connected and centered on the Google ecosystem so Chrome OS is a natural fit for me. I also appreciate the Chromebook extras, such as the 1TB of Google Drive space and 12 free Gogo in-flight access coupons. These both add value for me and I will be able to stay connected during my flights over the next year.

However, Samuel Gibbs from The Guardian says there are still big limitations to what a Chromebook can do compared to other platforms:

The Pixel runs Google’s Chrome OS, which is essentially a whole computer based around the company’s Chrome browser. That generally limits the functionality to only things that can be done with a web browser, which people stuck using traditional computers might be surprised to find out is most things.

Office duties, emailing, messaging, image editing, streaming music and video can all be done through the browser. The only thing I’ve struggled to do with the Pixel is edit video, but even some things can be done with a few web apps.

Chrome OS can also run a selection of Android apps, which helps expand what can be done. Evernote and Wunderlist are a few of my favourites. But Chrome OS cannot run applications such as Apple’s iTunes or Adobe’s Photoshop.

Generally speaking, Chrome OS can do 95% of what people need to do with a computer, easily and efficiently 95% of the time. The trouble comes when you need to do something it can’t that a regular PC or Apple laptop could.

CNN’s Samuel Burke says, physically, this is a nice piece of hardware overall:

The keyboard’s backlit keys have a cool feature that makes the keys dim when you move your hands away. They light back up when you bring your fingers back to type.

A subtle color strip on top of the laptop tells you how much charge is left, so you can know your battery level from across the room. Google says the battery lasts a lengthy 12 hours. But even if it runs out, it has ultra fast charging capability which should get you two hours of power in just 15 minutes. Several smartphones have that feature today, and it’s nothing short of a miracle.

The new super-thin, reversible USB-C ports are conveniently located on both sides of the Pixel. The USB-C port is slightly larger than a smartphone’s micro-USB slot. USB-C not only charges faster, but also lets you transfer data faster and power up another high-resolution display. (It’s the same port that serves as the only connector to Apple’s new 12-inch MacBook).

As with its predecessors, the 2015 Chromebook Pixel is a well-built device that looks beautiful and it’s easy to use. If you run a business that relies heavily on Google for Work and Google Docs, and spend most of your time on the computer in Chrome, then this is the perfect laptop for you. On the other hand, if you rely on Office 365 and Windows, or love your iPhone, then you’re probably better off with a MacBook or a Windows laptop.