Google muscles in on Uber: Anti-competitive or natural market practice? 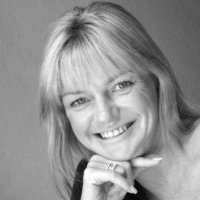 Tech giant Google has revolutionised the way users interact online, how marketers market, advertisers advertise… the list goes on. But, recently there have been reports Google is turning on its own investment – Uber.

The ride-hailing company shot to fame in 2009 and has received wide acclaim while also facing legal attacks domestically and internationally. The most recent has come not from a third-party, but its key investor, Google.

Google is reportedly developing its own ride-hailing application that aims to incorporate research and the implementation of driverless cars. Sounds familiar, doesn’t it? Well, it would seem Uber is doing exactly the same as Google, or is that the other way round? Uber is working in partnership with Carnegie Mellon University to develop driverless technology (main difference, Uber outsources).

If Google goes ahead with what has been reported, this would mean one of Uber’s direct competitors is also its main investor. Then what is to stop Google from limiting the services Uber uses to implement its technology – which Google has developed? There are other options of course for Uber; however, these are somewhat inferior – Apple Maps?

In this scenario, a question must be asked: Is Google practising anti-competitive market tactics, or is it natural market practice?

Let’s have a look at the legality of the situation. The Australian Competition and Consumer Commission (ACCC) says three questions must be asked by the court to determine whether it is anti-competitive market practice through the misuse of market power.

1. Does the company have substantial market power? Yes, Google is a tech giant.

2. Is it taking advantage of that power? Not necessarily, Google hasn’t confirmed its intentions – as of yet.

3. Is it using the power for an illegal purpose? No, Google is, reportedly, developing a competitor to Uber – it’s not illegal to have competition.

It would seem from this that the ACCC wouldn’t deem Google’s actions anti-competitive – but sometimes, legal standards don’t reflect ethical standards. This is where it becomes tricky. Though it seems that Google is flexing its muscles and taking over ground that Uber majorly disrupted, it can also be seen as natural market practice. A giant organisation that seems to have a natural monopoly with its various software programs and advertising products is losing ground from a digital disruptor using the giant’s own technology.

Either way, I am left wondering if Google is threatened by the very company it invested so much capital into or if it just sees this as expanding natural opportunity?