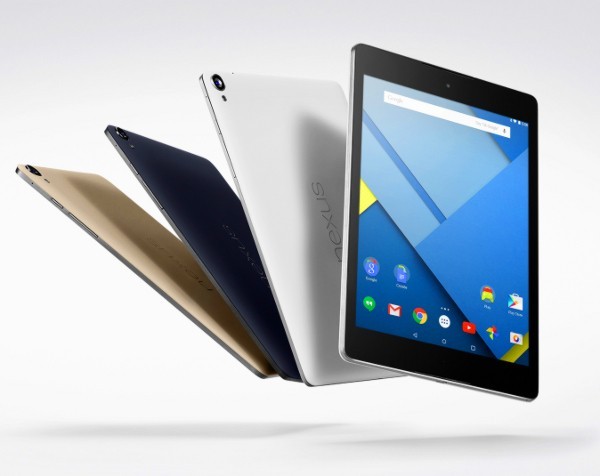 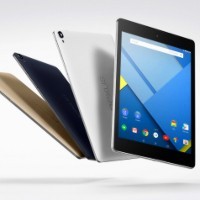 The Nexus products are basically intended as a series of devices with decent specs at reasonable price points designed by Google and manufactured by its hardware partners. The devices are designed to show off stock Android without third-party skins or apps.

So how well does Android 5.0 Lollipop work on a tablet? It’s time to find out.

The Google Nexus 9 is a tablet running Android 5.0 Lollipop. It is powered by a 64-bit NVIDIA Tegra K1 Dual Denver processor, running at 2.3 GHz, along with a 192-core Kepler GPU.

It features an 8.9-inch IPS LCD display with a resolution of 2048 x 1536 pixels and a 4:3 display ratio, along with Dual front-facing speakers. It can also be “woken up” by double tapping on the screen.

For connectivity, the Nexus 9 includes both NFC and ac wireless. It also includes a micro-USB 2.0, 3.5 mm audio jack and dual microophones.

It is available with Wi-Fi only or 4G/LTE, with either 16 GB or 32 GB storage, in either indigo black, lunar white and sand.

A key sales point of the Nexus 9 is that it’s the first tablet to receive Android 5.0 Lollipop. Chris Velazco of Engadget is impressed:

Now we’re getting to the good stuff. Like all Nexus devices, the 9 isn’t just meant to be a solid tablet. No, no: It’s meant to be the standard-bearer of Google’s Android tablet vision, a device that highlights the best that Android is capable of. … Brevity is apparently the soul of wit, so I can sum up what it’s like to use Lollipop in just a few words: It’s stunningly smooth.

We’ve got Google’s newish Android Runtime (better known as ART) to thank for that. With Android 5.0, Google’s team officially ditched its old-school Dalvik runtime in favor of ART, which it promised would offer some noticeable app performance gains. Why? It’s because certain key bits of code are converted into native machine code the device can interpret when the app is installed, instead of every time the app is launched. You probably didn’t need to know that, but hey — it’s what we’re here for. In the end, just about every interaction I had with the Nexus 9 felt snappier than I expected, especially since I avoided the Android L Developer Preview. (What can I say? I like surprises.) Nicely done, Mountain View.

Darrell Etherington at TechCrunch says the Nexus 9 has mostly got the recipe right, and performance is a big part of the reason why:

HTC hasn’t skimped on specs with the Nexus 9, and this one can go toe-to-toe with the heaviest hitters in the industry. The Nvidia CPU and GPU combo are ideal on a device that has a big, beautiful screen with 288ppi pixel density, letting you play games and watch HD video content without performance lag or stutters. 3D games like Dead Trigger 2 and Real Racing 3 look great on the Nexus 9, and you get the sense that its computing prowess can handle even more, especially given how well it deals with the many subtle but sophisticated animations and visual flourishes dished out by Google as part of its Material Design overhaul in Android 5.0.

Zipping between apps using the new multi-tasking features also works well, though the “Ok Google” command was less consistent in terms of how often I had to repeat myself. This is likely a trade-off resulting from the new voice-training feature to prevent it from responding to any phrasing resembling the request of the search engine. Sound performance from the speakers, as mentioned, performed well, and you can actually get really good volume out of the front-facing speakers with minimal distortion at top levels.

According to Florence Ion at PCWorld, the front-facing speakers (a HTC trademark) mean good sound quality. However, a 4:3 aspect ratio for the screen means it’s not the best tablet to watch a TV show or movie off Google Play:

The Nexus 9’s display has a 4:3 aspect ratio, rather than the somewhat standard 16:9 we’re used to seeing on Android tablets, so this device will produce a more box-like picture rather than the elongated, wide-screen view you might be used to. It’s good for using the tablet in portrait orientation and for productivity apps, but it has its drawbacks when watching videos. You’ll notice a minor bit of cropping around the edges in an effort to fill up the whole screen, or excessive black letterboxing bars.

The Nexus 9’s front-facing BoomSound speakers make up for all of that. HTC, which makes the Nexus 9, confirmed that BoomSound doesn’t apply to headphones when they’re plugged in, but no matter: Whenever you watch a movie alongside a friend, you can simply turn up the volume for a mini-theater experience, with loud stereo speakers positioned on either side of the display.

At Business Insider, Lisa Eadicicco enjoys the look and feel of the Nexus 9:

If you were waiting for an Android tablet that looks and feels just great as the iPad, this is it. The back of the tablet is made of a sturdy aluminium metal that’s coated with a soft-touch finish. It’s the first Nexus tablet to come with a metal frame, so it’s a bit heavier than Google’s previous tablets. It’s a worthwhile trade-off, though, since the build quality feels more superb than its predecessors.

However, while mostly positive, Mashable’s Lance Ulanoff thought the Nexus Nine stumbled when it comes to the layout of some key physical buttons:

Where I think the Nexus stumbles is on the chassis design. There are three buttons on one long edge: Power/Sleep and Volume Up and Down. They’re small, thin and, on the angled edge, slightly inset. Since I couldn’t easily eyeball them, I often forgot where they were and when I did locate them found them a bit uncomfortable to use. These same buttons on the iPad Air and, especially, Amazon’s Kindle Fire HDX 8.9 are larger and more obviously placed. There is one saving grace here: I can double tap the screen to wake the Nexus 9, which means I can mostly ignore the terrible power button.

When it comes to tablets, these days the most important question is increasingly which ecosystem you predominantly use: Apple, Google and Android, or Microsoft and Windows.

The other question to consider is whether you’re looking for a tablet for work, play or note taking.

If you’re an Apple user, get an iPad. If you’re looking for a work tablet or you love your Windows/Lumia smartphone, look at the Surface Pro 3. If you want to use a tablet predominantly to take notes, Samsung’s Note 10 is a good a choice.

That said, if you’re the kind of person whose business relies on Google Docs, you use an Android smartphone (or Chromebook) or can’t live without your Gmail account, then an Android tablet is what you’re after. In which case –perhaps aside from a minor issue with where the power button is placed – the Nexus 9 will deliver you the latest version of Android and good performance for you apps.