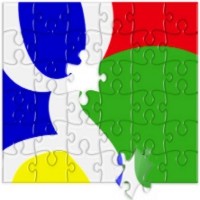 Google’s Creative Lab in Sydney is working on a new interactive media format it has dubbed The Cube.

The format, inspired by the film Timecode, is based around a six sided cube, which features six different photos, concurrent video clips or rendition of a song printed on its sides.

The technology allows the user to choose which content they watch based on which side is closest to them, and was recently demonstrated at the Semi-Permanent design conference in Sydney.

In a post on Google Australia’s official blog, creative director Tom Uglow says The Cube is designed to demonstrate the possibilities of web technologies such as WebGL and HTML.

“We had lots of help in making this project come to life. The primary prototype was developed by Jude Osborn of Potato, the primary video sketches came from Emlyn Dodd at Banana Stand, Semi-Permanent introduced us to their friends Steve Ayson and Damien Shatford to make the film, and we’re working with Mark/M&C Saatchi on the next iteration of it,” Uglow says.