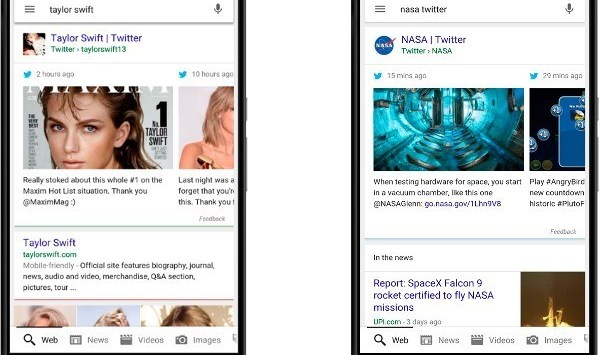 Google and Twitter are rolling out a search feature that will see recent tweets appear alongside search results in Google.

The feature will initially be rolled out to Google’s iOS and Android apps in English for users in the US, with the desktop version of Google, other languages and users in other countries set to receive the update over the coming months.

Tapping on a tweet in Google will then take the user to that message to Twitter, where she or he can retweet or respond to it.

Twitter also added a feature called “app graph”, which gathers a list of all the other apps you have installed on your smartphone in order to deliver better targeted advertising to its users in December last year.