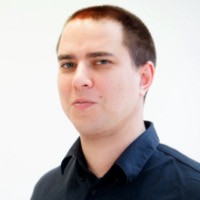 Back in January, the Taiwanese computer maker Asus unveiled a new tablet at the Consumer Electronics Show in Las Vegas called the Transformer Book Duet.

It was an innovative product that gained the eye of more than a few tech reporters – and for good reason.

The Duet is a “dual boot” device, which means it runs both Windows 8.1 as well as Android – and it can instantly switch between them at the touch of a button.

Even better still, just like the Microsoft Surface, it can quickly turn into a laptop by attaching a keyboard.

Now for many consumers, and especially small business owners, such a device could prove to be very handy.

For example, you could use Microsoft Office 365 under Windows 8.1 to type a Word document on a real keyboard. Then you could take off the keyboard, switch it to Android, and use it to as a tablet to read a magazine from Google Play or play a YouTube clip while you kick back on the sofa.

Unfortunately for consumers, according to reports earlier this week, Google has been putting pressure on Asus to kill the Duet. Apparently, it doesn’t want Android tablet consumers lured into buying a device that also runs Windows.

Back in the late 1990s, there were claims Microsoft was putting pressure on PC makers not to make computers preloaded with competitors to Windows, such as BeOS, Desktop Linux or Amiga OS.

True or not, the claims earned it the ire of many in the tech world. Critics called the behaviour anti-competitive. It also led, in part, to competition regulators launching antitrust investigations.

It was against the backdrop of such allegations of anti-competitive behaviour that Google began, with the company adopting the corporate slogan “don’t be evil”.

Google sold consumers on the idea that it could be trusted with their most personal information. Their web searches, photos, emails, documents, video clips and smartphone operating system were entrusted to the web giant because it held itself to a higher ethical standard – it was not “evil”.

Fast forward to the 2010s. Google’s Android came pre-installed on around 79% of all smartphones shipped worldwide in 2013. The company has come to dominate online advertising, maps, search and videos among various other fields.

It’s true that most of the underlying code for Android is open source, and that in theory device makers could create their own version of Android.

In practice, if device makers want their products to have access to the Google Play app ecosystem or Google’s apps – including Google Maps, Google Now, Hangouts, Gmail and YouTube – they must run Google’s version of Android.

Sure, there have been successful non-Google Android devices. Amazon has a strong enough app, e-book, music and video ecosystem to support its own version of Android on its Kindle devices.

However, a company like Asus doesn’t have that sort of ecosystem. For them, losing the ability to preinstall their devices with Google’s apps would be costly.

According to most of the reports, it is this threat that Google has used to get Asus to kill off the Transformer Book Duet.

Now, it’s important to point out that there might be more to the story than the public currently knows. Google hasn’t come forward with its version of events, nor – insofar as I’m aware – has it issued an official statement on the matter.

Nonetheless, if the speculation about it applying pressure on Asus to kill off the Duet is true, Google needs to tread very carefully. This is precisely the type of anti-competitive behaviour that gets both competition regulators and consumers offside.

In my opinion, the success or failure of Android, Windows, iOS or any other operating system should be decided in the free market through the preference of consumers, rather than by big tech companies leveraging their monopolies.

In short, Google should remember its corporate slogan – don’t be evil!