Hisense is selling laptops for less than $200 – but are they any good? Gadget Watch 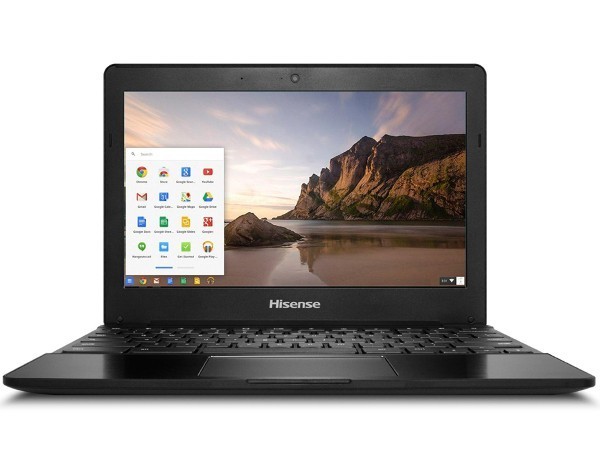 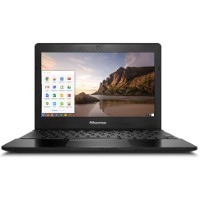 A few weeks ago, we took a look at Google’s flagship 2015 Chromebook Pixel laptop.

Along with Google, a number of other hardware manufacturers, such as Samsung, also make their own Chromebooks. In recent times, these have included a growing number of emerging Chinese consumer electronics vendors.

As with low-cost smartphone vendors, the main competitive advantage these Chinese consumer electronics vendors bring to the market is price. One company, Hisense, is selling its Chromebooks for just $US149 – or around $194.26 at the current exchange rate. It’s a price for a new laptop that was unthinkable just a few years ago.

Keeping costs down is a perennial challenge for any business, so being able to get a computer on everyone’s desk for less than $200 is an idea that I’m sure will appeal to many small business owners.

Of course, the question is whether it’s a good idea? Or will it land you with a cheap and nasty piece of equipment that will end up costing you far more in lost productivity? It’s time to find out.

In a back-handed compliment, over at Ars Technica, Andrew Cunningham says despite the $US149 price tag, this laptop “actually isn’t awful”.

The Hisense Chromebook isn’t going to win any awards, but at a certain point you have to ask yourself what you could possibly expect for $149. It provides a good, basic experience that doesn’t feel as slow as some past ARM Chromebooks have. To get a significantly better machine—Haswell or Broadwell processor, 4GB of RAM, and much-improved battery life—you’re looking at a $249 or $299 computer. That’s a pretty big price hike if cost is what’s most important to you.

The biggest downside to either of the $149 Chromebooks might be their retailer exclusivity. Schools and businesses buy lots of Chromebooks, and they usually need to deal with more established OEMs with better support options. For any individual looking for a cheap Chromebook, though, you could do a lot worse.

Unfortunately, as Frederic Lardinois at TechCrunch points out, there are tradeoffs that come with the low price:

The real letdown, however, is the screen. If you look at it from exactly the right angle, it’s not that bad, but deviate only a few degrees in any direction and things go downhill quickly. Sadly, that’s still pretty much standard for low-end laptops and given the $149 price, it’s not really a surprise (but still a shame) that this holds true for the Hisense Chromebook, too.

Overall, the display felt dark, too, unless I cranked up the brightness all the way. The spec sheet says the display pumps out a maximum of about 200 nits of brightness and that’s simply not a lot and definitely makes working outside in the sun very hard.

To get to the $150 price range, device manufacturers have to cut some corners. Your typical Chromebook costs closer to $250, after all. Going with the Rockchip design means you don’t get blasting performance, but it’s not as much of a trade-off as you’d expect. I would happily pay a little bit more for a better display, however, but then you quickly end up in that $200 to $250 range and there are plenty of Chromebooks to choose from there already.

There are limitations — you’re not going to be doing anything resource-heavy like playing new video games like Battlefield: Hardline or editing movies, not that you’d want to on its mediocre screen. But it’s pretty good at checking Facebook, writing email, and reading the news. Soon, Chromebooks will get even more useful with the addition of the ability to run certain Android apps.

The first day I had the Hisense Chromebook, I struggled with this. At Business Insider, we write our stories directly into a website in the browser, and for whatever reason, it kept loading the mobile version of the website — maybe because the Chromebook uses an ARM processor, the same kind of chip you usually find in smartphones and tablets.

Just for kicks, I wrote a Medium post on the Hisense Chromebook, and found that the uncluttered, nothing-but-browser interface kept me singularly focused on what I was doing. And since it turns on so quickly, it became my go-to for quick little things like doing some online banking, checking a recipe, or even changing a setting on an Internet router.

Finally, PC World’s Melissa Riofrio and Gordon Mah Ung warn that you shouldn’t expect much in the way of build quality for the price:

The keyboard is adequate, but it’s the cheapest-feeling part of the Hisense Chromebook. Its hard-plastic keys feel second-rate. The slightly springy travel compensates a little bit, but the entire keyboard area bends a bit while typing.

As I noted last week, there are limitations to the Chromebook platform that will mean a Microsoft Surface or an Apple MacBook will be a better choice for many users – especially if your business relies on Microsoft or Apple programs.

On top of these limitations, you get a whole additional set of issues with this particular model. When it comes to the screen, build quality, storage and memory, you get what you pay for.

With all that being said, at a price point of under $200, what more can you expect?