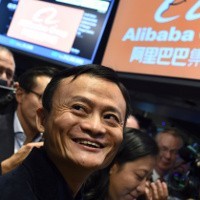 By now, you might have heard about “Singles’ Day”, the one-day shopping spree for single people. But you might not be aware of the role China’s largest online marketplace, Alibaba, played in building the day up into a festival of spending for lonely-hearted consumers.

The secrets of this brilliant marketing strategy are explained in this insightful article on CNet by Donna Tam:

Observed on November 11 — or “11.11,” for the date with the most 1s — Singles Day has become the world’s biggest online shopping day, thanks to the e-commerce prowess of China’s Alibaba Group. Alibaba holds promotions and sales each year on its shopping sites on November 11. This year, Singles Day lands on Tuesday, and it’s expected to generate about $8.18 billion in sales for Alibaba, up 42 percent from last year, according to market research firm IDC.

Five years ago, Alibaba, which is China’s biggest e-commerce site, began holding its own 11.11 sales. Today, Alibaba’s TMall and Taobao shopping sites are filled with 11.11 promotions from thousands of business partners. The gimmick is paying off. Last year, Alibaba sold twice what all US companies sold on Black Friday and Cyber Monday combined — those are the Friday and Monday, respectively, after Thanksgiving.

African-American entrepreneurs on the lack diversity in tech

In recent times, the lack of diversity in the tech sector has come under the spotlight, especially in terms of the low numbers of women and minorities. Often, this has been explained as a pipeline issue – that is, that not enough women and people from diverse backgrounds are choosing to study tech at university.

In this article for Dice, Myra Thomas challenges this view by asking successful African-American tech entrepreneurs about the discrimination they faced in the sector:

Many executives and pundits have argued that the educational pipeline remains one of the chief impediments to hiring a more diverse workforce, and that as long as universities aren’t recruiting a broader mix of students for STEM degrees, the corporate landscape will suffer accordingly. But black IT entrepreneurs and professionals tell Dice that the problem goes much deeper than simply widening the pipeline; they argue that racial bias, along with lingering impressions of what a “techie” should look like, loom much larger than any pipeline issue. Statistics from the NBITLO indicate that only two out of five black people who graduate with a computer science or management information systems degree actually land a career in the field, even when the industry says it’s begging for workers.

After being the co-founder of PayPal, visionary US entrepreneur Elon Musk has built a name for himself with a range of pioneering, high-risk ventures. His companies include renewable energy (Solar City), electric Cars (Tesla) and commercial space travel (SpaceX).

Now, according to the Wall Street Journal, Musk could be about to embark on a new venture: Launching the world’s largest fleet of satellites in order to create a worldwide internet service:

Billionaire entrepreneur Elon Musk shook up the automotive and aerospace industries with electric cars and cheap rockets. Now, he is focused on satellites, looking at ways to make smaller, less-expensive models that can deliver Internet access across the globe, according to people familiar with the matter.

In talks with industry executives, Messrs. Musk and Wyler have discussed launching around 700 satellites, each weighing less than 250 pounds, the people said. That is about half the size of the smallest communications satellites now in commercial use. The satellite constellation would be 10 times the size of the largest current fleet, managed by Iridium Communications Inc.

No doubt, you’ve heard the horror tales of laptops with sensitive company secrets going missing during airport security. However, there are other ways foreign intelligence agents steal company secrets from foreign business executives.

This article on Net Security examines a technique known as “Darkhotel espionage”. If you’re planning on travelling abroad for business, this is a risk you really need to be aware of:

Kaspersky Lab researched the Darkhotel espionage campaign, which has lurked in the shadows for at least four years while stealing sensitive data from selected corporate executives traveling abroad.

Darkhotel hits its targets while they are staying in luxury hotels. The crew never goes after the same target twice; they operate with surgical precision, obtaining all the valuable data they can from the first contact, deleting traces of their work and fading into the background to await the next high profile target.

Does violent media really cause violence?

For literally decades, debate has raged over whether violent content, be it in movies, commercials or video games, leads to increased violence in the community.

Claims of link between interactive and media content to real-life violence has, from time to time, led to calls for tighter media regulations and internet censorship.

In this article in the Journal of Communication, Christopher J. Ferguson examines the connection between violent move or video game content and real-world violence: