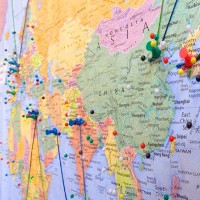 According to the recent World Startup Report on the “internet hall of fame”, Australia’s top three internet companies by valuation are REA at $6.6 billion, followed by SEEK at $5.3 billion and Atlassian at $3.3 billion.

This puts Australia at eighth place in the valuation of its top companies, across 50 countries, behind the US, China, South Africa, Korea, Japan, Russia and Israel.

Only 29 countries have “billion dollar” companies, and Google’s valuation alone is higher than the combined valuation of the remaining 49 countries (outside of the US).

Internationally, eight of the top 10 companies are public, along with Alibaba, which has filed for an IPO. Both Seek and REA are public, with Atlassian rumoured to be considering IPO sometime this year.

Globally, e-commerce and search (of which REA and SEEK are categorised) are the most popular industries across the top three companies from all countries, but companies in the communication field are by far the most highly valued. B2B companies (of which Atlassian is categorised) appear to be the fastest path to getting rich.

Authors of the report say there are three takeaways for internet companies:

Full data used in the report can be found here.