How bludging bureaucrats in the US patent office are costing tech consumers billions: Best of the Web 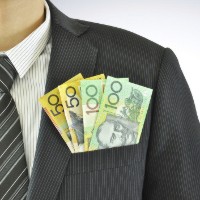 Over the past few years, the ongoing patent litigation between a number of tech giants, most notably Apple and Samsung, has been a constant source of headlines in the tech world.

Each lawsuit and each patent is potentially worth billions of dollars. In one case alone, a judge initially granted damages of $US1.05 billion against Samsung.

Courts are in some cases granting injunctions against particular devices and products being sold, so market share is potentially also at risk in each lawsuit.

This is even before the intervention of so-called “patent trolls” – businesses that produce no goods and services and make their money solely by collecting revenues from litigating intellectual property cases.

In such circumstances, you would hope the bureaucrats in the US Patent and Trademark Office would be extra careful in examining each patent that crosses their desks.

However, in an alarming report in The Washington Post, Lisa Rein reports that might not be the case:

Some of the 8,300 patent examiners, about half of whom work from home full time, repeatedly lied about the hours they were putting in, and many were receiving bonuses for work they didn’t do. And when supervisors had evidence of fraud and asked to have the employee’s computer records pulled, they were rebuffed by top agency officials, ensuring that few cheaters were disciplined, investigators found.

The internal investigation also unearthed another widespread problem. More than 70 percent of the 80 managers interviewed also told investigators that a “significant” number of examiners did not work for long periods, then rushed to get their reviews done at the end of each quarter.

In late 2012, a key patent used against Google in court was declared invalid upon re-examination by the USPTO. With the sums of money involved, a rushed patent could end up being one of the most expensive rubber stamps in history.

One of the hallmarks of Microsoft’s new chief executive, Satya Nadella, has been the improved quality and speed with which the software giant has delivered software during his tenure.

The cause of this turnaround is examined by Peter Bright of Ars Technica:

For the longest time, Microsoft had something of a poor reputation as a software developer… The releases may have been infrequent, but delays, or at least perceived delays, were not. Microsoft’s reputation in this regard never quite matched the reality—the company tended to shy away from making any official announcements of when something would ship until such a point as the company knew it would hit the date—but leaks, assumptions, and speculation were routine. Windows 95 was late. Windows 2000 was late. Windows Vista was very late and only came out after the original software was scrapped.

The cause of Microsoft’s many delays was partly down to a software development and project management process called “waterfall design”. This is where all the design work is done at the top of the project, rather than done on an iterative basis as a project develops.

In the case of Microsoft, Bright says this had some important implications:

The design can be perfectly well-intentioned, but if the design is wrong or needs to be changed in response to user feedback, or if it turns out not to be solving the problem that people were hoping it would solve (and this is extremely common), the project is doomed to fail. Waiting until the end of the waterfall to discover these problems means pouring a lot of time and money into something that isn’t right.

In recent times, you could be forgiven for thinking the tech industry is disrupting every industry on the planet.

Is there a new golden age of entrepreneurial nirvana in the US?

According to this article in FiveThirtyEight, the opposite is happening: There are now fewer new, small businesses in the US than at any other time in recent decades:

By a wide range of measures, the advantages of incumbency in corporate America have never been greater. “The business sector of the United States,” economists Ian Hathaway and Robert Litan wrote in a recent Brookings Institution paper, “appears to be getting ‘old and fat.’”

But recent research suggests that established businesses have less and less to fear from would-be disruptors. This is partly because, as I noted this spring, fewer Americans are launching businesses. In the late 1970s, according to data from the Census Bureau, 15 percent of all U.S. businesses were startups, meaning they had been founded in the past year. In 2011, the latest data available, the so-called startup rate had fallen to 8 percent. Measured in terms of employment, the drop has been even steeper.

Speaking of tech entrepreneurs, in the US, there’s a growing perception that many of the successful ones are a little arrogant.

So should humility always be a virtue? Or is there a point where a successful entrepreneur earns his or her success?

It’s a theme explored by Joel Stein in BusinessWeek:

Sam Altman sits behind his desk with his knees pulled up to his chest, eating dried apricots. He’s 29, but even the most laissez-faire bartender would card him. His hand is forever grabbing his hair while he thinks, making it stick up in Einsteinian tufts… His T-shirt reads “make something people want,” the slogan of Y Combinator, the accelerator he runs… Asked why people think Silicon Valley tech entrepreneurs are such jerks, Altman finishes an apricot, twists some hair between his fingers, and says, “It’s not helped by the large number of arrogant f—s in Silicon Valley.”

Part of the problem is that the market is over-rewarding the inanities on smartphones. “When you have people doing things that seem inconsequential, that aren’t changing the world as they claim … people really hate that. That’s a special kind of arrogance,” says Altman, noting that he gives company founders almost no general advice at Y Combinator, except “don’t overpromise” and “don’t become one of the arrogant founders.”

Why technology, rather than a chair shot, is now disrupting the wrestling industry

There are many industries being disrupted by the internet. From the music industry through to TV shows, the media industry is at the forefront of the changes.

Over at The Verge, Chris Welch has an article about another industry that’s struggling to adapt to life in the digital age. And, unlike its matches, the battle to get consumers to sign up to a paywall is very real:

When Vince McMahon proudly announced WWE Network at CES in January, he essentially gave wrestling fans everything they’d ever wanted. The 24/7 streaming network offers access to WWE’s massive vault… In April, buoyed by subscribers rounded up ahead of WrestleMania (pro wrestling’s Super Bowl), WWE said it had 667,000 subscribers. Since WrestleMania, 161,000 subscribers have signed on, but only 33,000 of those represent net additions. So an alarming number of people — around 128,000 — have already bailed on the service. They never even made it through the initial six-month commitment.

Vince McMahon’s gamble is a critical experiment in true over-the-top programming. Can an internet audience be WWE’s foundation of the future? Success would mean only good things for consumers and encourage other entertainment companies to take similar risks. But unlike the matches that fill McMahon’s shows, this outcome is anything but predetermined.