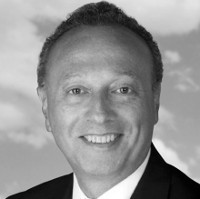 You’ve probably noticed people sporting what looks to be a black plastic band on their wrist, you may even be wearing one yourself.

Fitbits, the wristbands which log your activity and heart rate, are now ubiquitous, with millions of users around the world busily trying to reach 10,000 steps a day.

Fitbit was founded in 2007 by two software engineers James Park and Eric Friedman.

“The original inspiration for Fitbit was the Nintendo Wii. Back then the Wii was pretty innovative, they were fascinated by how Nintendo used software and sensor technology to create this new gaming experience. They were interested in how could they capture that in some portable form and do something good for people. So that was the genesis of Fitbit,” Zerella says.

It took two years before the first Fitbit hit the market in 2009 (and was instantly named as one of SmartCompany’s top gadgets for that year).

“It was a bet between the two of them about how many orders they would get that day, Eric bet 50 orders and James the CEO was very conservative and bet five orders. They received 2000 orders that day and they had to figure out how they actually shipped,” Zerella says.

He says “it has been off to the races since then.”

Now Fitbit has shipped millions of units, sell products in 54 countries around the world and has almost 700 employees.

“This all happened at the same time that there was a lot of technology innovation with micro controllers, Bluetooth low energy and the proliferation of smartphones around the world, which gave you a platform for data visualization through the app.

“That was the whole hardware side but what is interesting is that we have twice as many software engineers as hardware engineers.”

Over time, Zerella says Fitbit evolved and started selling through mass market retailers such as Costco, Coles and Walmart and then through wireless carriers like AT&T Horizon.

Now Fitbit also has a corporate wellness business which Zerella describes as a “B to B business housed inside a B to C business” where it sells direct to corporations around the world where they distribute Fitbits to employees to ensure their employees are more active and potentially lower their healthcare costs.

Zerella says how the customer experience is delivered has been key to Fitbit’s success.

“The customer experience is kind of central to how we look at our business,” Zerella says.

“It is what you experience from buying a Fitbit to the point that you power it up and participate.”

Zerella points to the “common look and feel” to all Fitbit devices and platforms even though they connect to 150 different smartphones.

“It’s important for us to have that consistency no matter where you are in the world,” he says.

“The social layer where you engage with people socially is a very important part of the experience.”

“The company built its business on what we call the everyday user… just your average person, not necessarily very fit or working out.”

Over the last four or five months Fitbit has introduced new products to target active users and athletes such as the Fitbit Surge.

The next avenue for disruption will be what Fitbit does with all the data it is busily collecting.

“More recently we have focused more on the service side of the business, we are providing people data which is great, so now you can measure things. In business, to improve things you have to measure it,” Zerella says.

“Now we are looking to going beyond that and put together a set of service offerings to help people achieve their goals.”