How Google conquered the world; Paying your bills on a date; and Silicon Valley wants your moments: Best of the Web 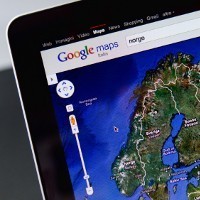 “Maps are an absolute necessity of empire,” writes Paul Ford, contributing editor for The New Republic. The explorers of the modern world knew this, and so does Google.

As Ford writes in this essay on how Google took over the world, Google didn’t develop the first online mapping program. But it developed the best.

Google, as a search engine, had built a fine business by ‘indexing’ … documents and making them searchable. The company was built on a principle of centralisation: If you take the chaotic Web and bestow order upon it, merge it into a single consolidated index, make it make sense, you can make users very, very happy. And upon that index, and that shared happiness, and the willingness of some users to click on targeted advertising, Google could construct a tremendous enterprise. An empire, if you will. Except empires are not traditionally constructed from indexing documents. But maps are.

Pay your bills on a date? You can bank on it

It seems there is now no aspect of our lives that is immune from the influence of smartphones. While many consumers are comfortable doing their banking online, research out of the US shows we’re increasingly happy to pay our bills via our phones.

But it seems the uptick in mobile banking has not necessarily come at the cost of Chase customers visiting their local bank branch. Ninety percent of Chase customers still visit branches, but when they do, they are going for personal advice. For those transactions that don’t require a teller, the customers are more likely to use an ATM or mobile app.

But while you’ve got your mobile out, forget posts, tweets or even plain old photos. The end game for the hottest social media startups right now is to get you to share “moments”.

The executives leading the likes of Instagram, Snapchat, Twitter, Spotify, even Facebook, are all now describing what their companies do in terms of “moments”. As Will Oremus writes for Slate, “moments” are, well, having a moment.

“But what’s driving it? Why are techies so enamored of the word, and what’s at stake when they try to sell us on it?

Is it an attempt to differentiate themselves from the every-growing array of social media startups? Or is it more about the devices you are using to share these “moments”?