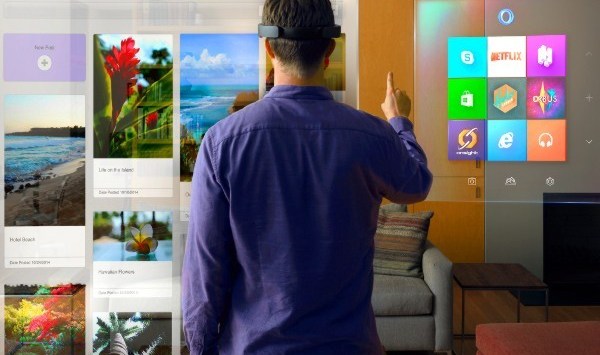 In the past week, Microsoft gave us a second sneak peek at the next major Windows update, Windows 10, along with some new products that will accompany it.

The latest batch of features come on top of those Microsoft lifted the lid on late last year. These included the return of the Start menu and the introduction of cross-device support, allowing developers to create one app that runs on everything from Lumia smartphones to Xbox consoles, desktop PCs and the cloud.

Some of the new details were minor updates to announcements we’d previously heard. For example, a feature called “Continuum Mode” will figure out whether your Surface tablet has a keyboard attached or not, and switch between icons and tiles accordingly.

However, some of the other changes were far more fundamental.

So if you run a business and use Windows PC, tablet, or smartphone, here are four key features that are likely to have an impact your business:

1. The last version of Windows?

A major business-related change is how Microsoft handles its upgrades and licences.

In the past, Microsoft released a new version of Windows every few years. While there was a steady stream of security patches, to get new features users had to upgrade to the latest version.

That model is going out of the window (no pun intended) with Windows 10.

As with Office 365, Microsoft says it is now treating Windows as a service rather than a product. This means when you either upgrade to Windows 10 or purchase a new Windows device, you will receive a steady stream of new features, as well as security patches, for the lifetime of your device.

Even better still, for the first year, Microsoft is making Windows 10 a free upgrade for devices running Windows 7, 8, 8.1 or Windows Phone 8.1.

2. Say goodbye to Internet Explorer and hello to Spartan

A perennial headache for any business that has a website is users on an outdated version of Internet Explorer.

Many an attempt to update an old website with a new design and the latest web technology has been stymied by users still on Windows XP, who respond with a chorus of complaints about how the new design gives them an error in Internet Explorer 6.

So the good news here – even if you’re an Apple or Android loyalist who doesn’t use Microsoft products at all – is that Internet Explorer is now officially dead. No doubt, tech support personnel the world over cried tears of joy when they heard the news.

Explorer is being dumped in favour of a new web browser for all Windows 10 devices, codenamed Project Spartan. Key features of Spartan include the integration of Cortana (which is Microsoft’s equivalent to Apple Siri and Google Now), along with the ability to annotate by keyboard or pen directly on a webpage.

The best news is, by most early indications, Spartan is both more stable and faster than its predecessor.

Video conferencing and PowerPoint presentations are now a part of everyday life in many offices. They’ve also caused tech-related headaches in boardrooms across the nation.

In offices across the land, people have switched on their laptops, loaded their slideshow and then discovered that while their laptop comes with a HDMI cable, the 10-year-old data projector only accepts older VGA connectors. This discovery inevitably leads to a mad scramble around the office, which ends in a trip to the nearest Office Works in order to find the right cable.

Likewise, in theory, most video conferencing software is simple. In practice, no one knows quite what sequence of numbers is required to get the equipment functioning properly.

Microsoft’s solution is a 55-inch and 84-inch version of its Surface tablet, called the Surface Hub, which businesses can stick on their meeting room walls. This will make launching Skype for Business or PowerPoint as simple as starting an app on a tablet. It also comes with whiteboard-marker-sized styluses that allow it to be used as an electronic whiteboard.

Microsoft is set to release a set of Google Glass-style glasses, called HoloLens, which superimposes 3D objects over the real-life objects you see through the glasses. For example, a maps and directions app could superimpose arrows along the path to a particular destination.

Microsoft HoloLens is a standalone device, meaning it doesn’t need to be tethered to a PC, tablet or smartphone in order to work.

It’s part of a broader tech trend to emerge in recent years called augmented reality. And the potential of this technology in a range of tasks – from overlaying directions to a place or instructions to a task, through to interactive entertainment – is only just being discovered.