How Motorola was nearly killed by its own success: Best of the Web 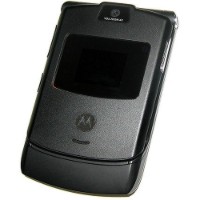 In 1994, consumer electronics and technology giant Motorola was one of the biggest corporations on the planet. It was the chipmaker that supplied the processors that powered early computer and home video game systems including the Apple Macintosh, Commodore Amiga and Sega Mega Drive.

It was also the company that was first to market with one of the most important and ubiquitous inventions of the late 20th Century: The mobile phone.

Just 20 years later, in January of this year, that same company was purchased by Chinese electronics maker Lenovo for the relatively paltry sum of just $US2.91 billion.

So where did it all go so badly wrong for a company that should be dominating the business world? In Chicago Magazine, Ted C. Fishman has the inside story on how a culture shift nearly doomed a company that once ruled the tech world:

Of all Motorola’s inventions, none were as transformative as the cell phone. A request from Orlando Wilson, Chicago’s police chief from 1960 to 1967, provided the impetus. Violent crime in the city was surging. Wilson wanted his patrol officers out of their cars and on foot, but he didn’t want them on the street without a way to stay connected.

It wasn’t until 1984, two years before Bob Galvin retired as CEO, that a model—the DynaTAC—was ready to go to market. After that, the cellular business “exploded,” says DiNanno: “It was the glamour sector of the company, the industry, and the country.”

But it also introduced a toxic element into Motorola’s corporate culture. Employees in the public safety division, who were chugging along selling to cops and firefighters, watched and seethed as the handset division lavished riches on its own. Handset people bought luxury cars the day they got their bonuses. At one celebratory party during the go-go years, the division’s marketing department hired male models to paint themselves green, wear big dollar signs, and sing “We’re in the Money.”

Meet the heir to the Lee family fortune

The chairman of South Korea’s powerful Lee family, which controls the nation’s largest industrial and tech conglomerate in Samsung, was recently hospitalised after suffering a stroke. As I’ve previously discussed, this has created a string of dynastic succession issues for the family.

His son, Jay Yong Lee, is set to take over control of the group. But who is he? And will his family business be able to retain its leading position in the fast-moving tech industry?

It’s a question Jungah Lee and Jason Clenfield explore in this profile in Bloomberg:

When Samsung Electronics Co. Chairman Kun Hee Lee toured his factories, the preparations were worthy of a head of state.

Workers were told to park behind the plant because their ugly cars would offend the leader’s eyes. Mints were placed in bathrooms lest anyone’s breath smell of kimchi. Guards lined the road to greet his limo and a long, red carpet was rolled out. Everyone was reminded not to gaze down from the windows.

Samsung may soon have to depend on someone of a less mythical stature to lead the world’s largest maker of mobile phones and televisions against Apple Inc. and Chinese rivals. The 72-year-old chairman has been hospitalized since a heart attack in May, and the heir apparent is his only son, Jae Yong Lee. The 46-year-old, Samsung’s vice chairman, has kept such a low profile he’s never given a formal interview on the record.

Can you communicate solely in emoji?

One of the emerging trends in the tech world is the use of emoji. For those unfamiliar with the term, emoji – also known as emoticons – are the pictures that appear in many popular instant messaging apps and on smartphone keyboards.

Over at Business Insider, Caroline Moss tried a rather unusual experiment: Surviving for nearly a week while solely relying on emoji to communicate:

As emoji spreads into our culture, I’ve actually heard the following question: Is emoji moving to replace communicating with the written word?

To find out, I communicated via iMessage using only emoji for five days.

That meant every time someone sent me a text or I wanted to send a text, I could only use the popular tiny picture characters to respond to or start a conversation.

Why Germany is banning Uber

Finally, over at Slate, Alison Griswold has the tale of how the German government is attempting to ban online ride sharing service Uber:

Uber is facing its stiffest challenge yet in Germany after a court in Frankfurt ruled that Uber was competing unfairly with local taxis and banned its service until a hearing later this year. Should Uber continue operating in Germany (which it said it intends to do), the company could face fines of up to 250,000 euros (or $330,000), and local employees risk going to jail for up to six months.