How small business can use big data 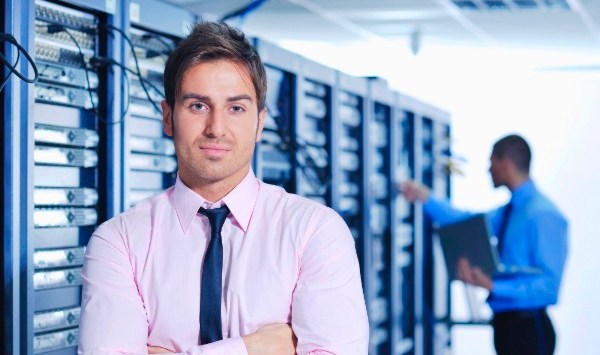 The phrase ‘big data’ might be enough to scare away smaller businesses.

But many of the mathematical algorithms, tools and techniques for analysing massive data sets also apply to small and medium businesses, and are becoming more accessible.

The most common application of big data is website analytics, starting with Google Analytics and working up to more expensive tools such as Adobe’s Marketing Cloud. These show site performance but also give insight into visitors and their activities.

Read more: Being left behind by big data: How tech illiteracy can kill small businesses

But anything that generates data can be analysed, from the behaviour of customers (for creating more accurate customer segments and making better recommendations) to what they are saying on social media (to understand their interests and disposition).

Cloud computing and the shift to technology being delivered ‘as-a-service’ means technologies that were prohibitively expensive a few years ago are now available on tap, and within the budgets and capabilities of smaller businesses.

The clearest example of this is US-based service BeyondCore, which ingests client data and automatically explores millions of variables relating to topics such as revenue cost or risk, presenting the most important insights as an animated briefing.

Co-founder Conrad Bates says many organisations are unaware of the data they have and how it might be useful.

“If someone paints a picture of what’s possible and what’s available with data now and what can be done, the use cases are only limited by someone’s creativity,” Bates says.

The director and general manager for Australia at cloud and hosting company Rackspace, Angus Dorney, says the critical first step for smaller businesses is to capture and store all data possible.

“Your data can be really valuable if you use it in the right way,” Dorney says. “So for small to medium businesses it is about a mindset of starting to treat that data like an asset.”

Rackspace offers big data services such as Object Rocket, which gives users access to the big data database called MongoDB. This technology is especially useful for analysing multiple data sources at once, and is useful for tasks such as using geospatial information to determine better routing patterns for truck fleets, or generating different marketing personas for website visitors.

“These services are designed for non-technical users and deliver a nice, easy-to-use interface that gives you some really powerful analytics capabilities to turn data into all sorts of charts, graphs or maps by clicking a mouse,” Dorney says.

A key characteristic of big data is that it often involves mashing together different forms of data, such as unstructured social media data  with the data created by machine applications such as network traffic or server logs. NAB for instance analyses machine data to determine fraud on its network in real time by examining where transaction activity is happening.

Analysing machine data is the speciality of US-based company Splunk, which is offering a free trial of its cloud service for a limited time.

Country manager Dan Miller says that while many smaller businesses do not consider they have enough data to analyse, large enterprises such as telcos and bank are starting to offer analytics of their own data-sets.

“This enables smaller businesses to access a far larger data pool than they would traditionally be able to, and draw deeper and more meaningful insights to make better, faster, more timely and accurate decisions,” Miller says.

Giant German software maker SAP is making one of its breakthrough big data technologies, HANA, available as a service. HANA uses a form of computing known as in-memory computing, which enables analysis of large data sets such as those from social media to occur in real time.

SAP’s vice president for platform solutions, Paul Muller, says HANA is available in the cloud through both Amazon and its own HANA Cloud Platform.

“Collating things like social media data is a great way for a mid-sized company to better know its market,” Muller says. “There is some interest from local governments into how they could use consumer cloud-based services for better insights into constituents.”

“However, the front-end application is easy to implement, and user-friendly,” Gazos says.

Sydney-based Digivizer recently completed a project for Moments of Triumph (a brand formed by two luxury eco-walking companies Both Feet and The Tasmanian Walking Company) to segment its potential market using analysis of social media data, and then identify prospective new customers and create relevant content.

According to Digivizer chief executive Emma Lo Russo, even the name Moments of Triumph was derived from social analysis, based on the insight that a majority of customers and prospects go on walks to celebrate something in their lives.

She says key requirements for small businesses is that data projects be designed to lead to measurable actions, are easy to use, can be consumed on a per-use basis, and outsource the hard work to an expert.

The benchmark for using big data to drive sales is set by Amazon, whose recommendation engines constantly analyse ‘who’ is purchasing ‘what’ to make recommendations to people visiting the site that at times are surprisingly accurate.

Over time this technology has become cheaper and more accessible, such that Salesforce.com now sells this capability as its Predictive Intelligence engine within its Salesforce Marketing Cloud.

According to Salesforce’s director of product marketing management, Derek Laney, few small businesses could afford the investments made by Amazon.

“The good news is that over time, these innovations that start as incredibly difficult to produce become easy to replicate at scale through cloud businesses,” Laney says.

He cites the example of the Australian grocery site Aussie Farmers Direct, which used this tool to increase the value of individual sales by 20%.

“So there is opportunity for businesses to use technology that is available off the shelf readily with a very tangible return-on-investment,” Laney says.