How to build a successful app 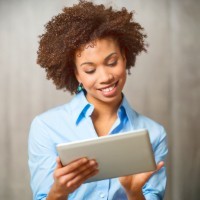 Every business seems to have an app these days. But the build can be a tricky process, warn those who have been there.

Whether your app is designed to support your existing business, or if it’s your grand business plan, the process of making sure it flies among the growing ranks of apps on the market is the same.

Shopping website The Iconic launched an app for iOS and Android last year, which now drives more than 50 per cent of total site traffic. It has been downloaded more than 500,000 times, making it a massive asset for the business.

The Iconic chief executive Patrick Schmidt says the business set out to build an app that was easy to use and functionally responsive to customer needs. The Iconic also recently further developed the app so that load times were under two seconds, making it one of the fastest in Australian e-commerce.

The fact that the end product is helpful for customers makes any investment in the app worth it, Schmidt says.

“It all comes down to knowing what will excite your customer base and doing everything you can to stay one step ahead. For the first time in Australia, our customers could live-stream a runway show and actually purchase items from one of our partner brands, River Island, via the app,” Schmidt says.

Businesses need to decide whether to build their app in-house, or outsource it to a third party, says Greg Taylor, who has built two apps, eCoffeeCard, which stores multiple coffee loyalty cards, and Clipp, which allows users to open, share, pay and close their bar tab via their smartphone. The apps were a labour of love, taking six months and a year to build respectively.

The disadvantage of outsourcing the creation of the app is that you’re sharing your idea, Taylor says.

“Whereas if you bring a partner in to help with it, you’re giving away your equity, whereas owning the app-making process means you’re on hand to help it evolve, he says.

“If you want to launch a version update or there are compatibility issues, you’re able to help guide that process.”

It’s also very easy to ‘feature creep’ your app, so make sure you understand exactly what the scope of the app will be from the outset, he says.

“Lots of people have great ideas for an app, but it’s about making sure you understand what the app is doing and what business problem it’s solving.”

“Before you even start out, make sure you have a clear business case explaining what the function of the app will be and what business problem it aims to solve,” Taylor recommends.