How to get students ready for the knowledge economy: Best of the Web 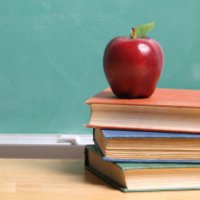 We are rapidly moving from an industrial to a knowledge economy. Instead of jobs that involved perfectly mass producing widgets on a production line, employees are being asked at work to solve problems and think on their feet.

With the changing workforce, many business leaders are calling for an education system that prepares students with the critical thinking and problem-solving skills they need.

However, as Melissa Korn from the Wall Street Journal discovers, “critical thinking” is a buzzword that means many different things to many different people:

What that means, though—and how to measure it—is less clear. Employers complain that colleges are not producing graduates who can solve problems and connect the dots on complex issues, but bosses stumble when pressed to describe exactly what skills make critical thinkers. That leaves job seekers wondering what employers really want and, once on the job, unsure of whether they’re supposed to follow the rules or break them.

Beating the system to save on online shopping

A couple of years ago, Australian online retail king Ruslan Kogan generated a lot of publicity by slugging his customers with a “tax” for using an out-of-date version of Internet Explorer. Meanwhile, a US hotel booking site has admitted it charges Mac users higher prices because, on average, they’re willing to pay more.

A recent study suggests the tactic is now quite widespread. However, as Kara Brandeisky of Time notes, there are ways consumers can beat the system to save when buying online:

A new study by researchers at Northeastern University confirmed the extent to which major e-commerce websites show some users different prices and a different set of results, even for identical searches.

For instance, the study found, users logged in to Cheaptickets and Orbitz saw lower hotel prices than shoppers who were not registered with the sites. Home Depot shoppers on mobile devices saw higher prices than users browsing on desktops. Some searchers on Expedia and Hotels.com consistently received higher-priced options, a result of randomized testing by the websites. Shoppers at Sears, Walmart, Priceline, and others received results in a different order than control groups, a tactic known as “steering.”

Will fibre-to-the-home lead to a new digital divide?

Recently, the federal government announced it is rolling out fibre-to-the-node internet to 244,500 premises in 43 suburbs as part of the national broadband network.

The federal government’s decision to roll out slower technologies, such as fibre-to-the-node, rather than rolling out fibre optic cables directly to each household, has raised criticism in some quarters. So is there a risk of a digital divide between the fibre-haves and the fibre-have-nots?

It’s a question being asked and discussed in this very insightful article by Pablo Valerio in Information Week:

Having some type of fiber or high-speed cable connectivity is normal for many of us, but in most developing countries of the world and many areas of Europe, the US, and other developed countries, access to “super-fast” broadband networks is still a dream.

This is creating another “digital divide.” Not having the virtually unlimited bandwidth of all-fiber networks means that, for these populations, many activities are simply not possible. For example, broadband provided over all-fiber networks brings education, healthcare, and other social goods into the home through immersive, innovative applications and services that are impossible without it.

One-way ticket nowhere, there’s no windows on this plane

With new technologies in the marketplace, such as high-definition flat screens and virtual reality headsets, a number of leading aircraft manufacturers are looking at dropping the unneeded expense and aerodynamic drag of windows.

So is the future of air travel fewer windows and more Windows? Over at Motherboard, Brian Merchant suggests that the next big thing in low-cost airline travel could be windowless planes:

Hope you’re not too attached to looking out the windows when you fly—the designers of tomorrow’s airplanes seem intent on getting rid of them. A Paris design firm recently made waves when it released its concept for a sleek, solar paneled, windowless passenger jet. Before that, Airbus proposed eschewing windows and building its cabins out of transparent polymers. Now, the Center for Process Innovation has floated its own windowless plane concept, and it’s attracting plenty of attention, too.

CPI estimates that for every 1 percent of weight reduction, planes see a 0.75 percent fuel savings. And that’s a big deal. Airlines burn hundreds of millions of gallons of fuel every month—easily the industry’s biggest expense. Cutting back the weight of a given plane by even 5 percent would have huge ramifications for an airline’s profit margins, and the cost of airfare.

Finally, many sci-fi films, such as Star Wars, are described as having a “cult following”. In the BBC News Magazine, Tom de Castella explores whether this is literally the case – to the point it can literally be classified as a “religious belief”:

It began as a joke at the expense of statisticians. In the UK’s 2001 Census, 390,127 people – or 0.7% of the population – described themselves as Jedi. A question on religious belief had been asked for the first time in a census and Jedi – from the cloak-wearing, lightsaber swishing rebels in the Star Wars films – was a tongue-in-cheek response.

An ideas festival at Cambridge University this weekend will look at how new “religious movements”, such as Jediism, the Indigo Children and Wicca, have expanded online. And in the case of Jedi, how they have developed ever-more complex doctrines and scriptures.