How to make your team more productive: Best of the Web 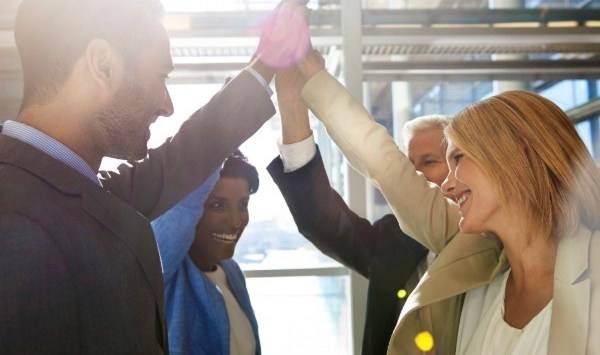 There’s an old joke about meetings: How do you find the IQ of a committee? You take the IQ of its dumbest member, and divide it by the number of people sitting around the table.

Unfortunately, in business, meetings are a fact of life.

So the next question is how to make teamwork a productive activity. And on this front, there’s been quite a bit of scientific research.

Over at The New York Times, Anita Woolley, Thomas W. Malone and Christopher Chabris look at some of the latest research:

ENDLESS meetings that do little but waste everyone’s time. Dysfunctional committees that take two steps back for every one forward. Project teams that engage in wishful groupthinking rather than honest analysis. Everyone who is part of an organization — a company, a nonprofit, a condo board — has experienced these and other pathologies that can occur when human beings try to work together in groups.

But does teamwork have to be a lost cause? Psychologists have been working on the problem for a long time. And for good reason: Nowadays, though we may still idolize the charismatic leader or creative genius, almost every decision of consequence is made by a group. When Facebook’s board of directors establishes a privacy policy, when the C.I.A.’s operatives strike a suspected terrorist hide-out or when a jury decides whether to convict a defendant, what matters is not just the intelligence and wisdom of the individual actors involved. Groups of smart people can make horrible decisions — or great ones.

What Tizen is and why you should care about it

Recently, there’s been a lot of talk about Samsung’s new Tizen platform, especially when it comes to smart TVs and mobiles. But what exactly is a Tizen and why should you care about it? Mike Wehner from Daily Dot has a good explanation of what it is and – especially if you use Samsung’s phones or appliances – why it matters:

Last week, you probably saw the word “Tizen” a lot—and unless you’re a big Samsung fan there’s a good chance this is the first you’ve heard of it. Let’s break down exactly what Tizen is and why you should care—especially if you’ve got an Android phone in your pocket right now.

Tizen is a highly flexible operating system that can power everything from smart TVs to in-car entertainment systems, and of course smartphones. It’s based on Linux—like Android—and in terms of functionality it mimics both Android and iOS in a number of ways. It’s icon-based, built for ease of use on touchscreen devices, and utilizes apps in the same way Android and iOS do.

In recent years, Google has begun using an artificial intelligence technique called deep learning in order to make its search engine and other products even smarter. Deep learning, in turn, is one of the techniques driving the big data revolution.

On Medium, Steven Levy explains how a learning technique that mimics the human brain in silicon is helping to make Google smarter than ever before:

About ten years ago, in [Geoffrey] Hinton’s lab at the University of Toronto, he and some other researchers made a breakthrough that suddenly made neural nets the hottest thing in AI. Not only Google but other companies such as Facebook, Microsoft and IBM began frantically pursuing the relatively minuscule number of computer scientists versed in the black art of organizing several layers of artificial neurons so that the entire system could be trained, or even train itself, to divine coherence from random inputs, much in a way that a newborn learns to organize the data pouring into his or her virgin senses. With this newly effective process, dubbed Deep Learning, some of the long-standing logjams of computation (like being able to see, hear, and be unbeatable at Breakout) would finally be untangled. The age of intelligent computers systems — long awaited and long feared — would suddenly be breathing down our necks. And Google search would work a whole lot better.

Another week has passed, which means Amazon founder Jeff Bezos has recently announced another industry he intends to conquer.

Amazon Studios might be better known for TV shows, but Amazon revealed firm plans today to enter the cinema realm by producing and acquiring “original movies for theatrical release and early window distribution on Amazon Prime Instant Video,” the company said in a press release.

This is a big move from Amazon, as it seeks to narrow the theatrical release window to between four and eight weeks. It can often take up to a year for films to land on subscription video-on-demand (SVoD) services such as Netflix and Amazon Prime Instant Video, however they do typically land on DVD/Blu-ray within around four months.