How your business can fail after raising a fortune on Kickstarter: Best of the Web 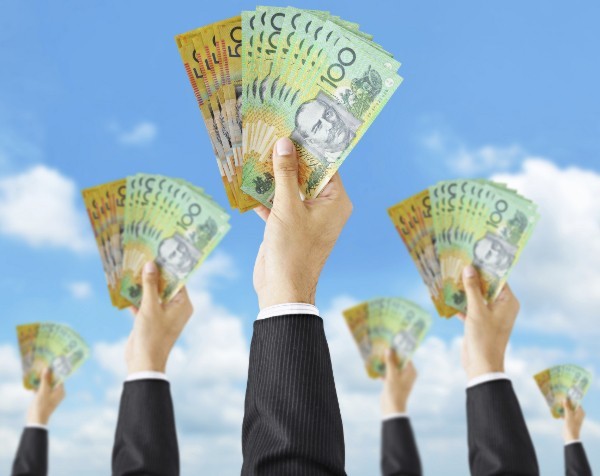 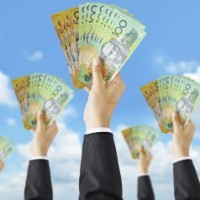 When it comes to options for financing new products or services, one of the most exciting options to emerge in recent years has been the rise of crowdfunding sites such as Kickstarter, Indiegogo and Pozible.

For the uninitiated, these sites basically allow businesses to post how much money they need to raise to complete a particular product, allowing customers to pledge money in exchange for the product (or other inducements).

If a business raises enough in pledges to meet its target, the business gets the money and the customers get their products.

Mobile photography app and accessory maker Triggertrap attempted to use a crowdfunding site to fund its latest product, a camera accessory called the Ada.

However, as chief executive Haje Jan Kamps warns, meeting a crowdfunding target can be hard when things begin to go horribly wrong for a company:

One of the first things you do when you’re planning to bring a new product to market, is to create a project budget. So that’s what we did. We used the information we had at hand — previous experience, estimates from our manufacturing partners, and quotes we received from our development agencies — to put together a comprehensive budget. We were more or less on budget by the time the Kickstarter project launched. In fact, we were feeling pretty good about ourselves at that point: While the pre-Kickstarter prototype was very late, we were able to launch our product on schedule by putting the Kickstarter page together way faster than we had planned, and the money we spent on the Kickstarter project itself came in around 2% under budget.

Sadly, that was the only part of this project that went to plan.

Pretty much as soon as we launched Triggertrap Ada on Kickstarter, things started to go wrong: On the same day (!) as we launched our campaign, we received a letter from a major camera manufacturer’s law firm. They took exception to the original name we’d chosen for Triggertrap Ada, and the expenses we incurred in our attempts to avoid a lawsuit, in addition to trying to register the new trademarks etc, meant that our legal budget was blown way out of proportion within weeks of the Kickstarter project going live. To say that this was a stressful period is understating things.

Can you remember when you first used the internet? For many, it involved launching Netscape Navigator and dialling into the information superhighway on a then blazing-fast 56 kbps modem. Once connected, the first stop was often a visit to AltaVista, Yahoo, Excite or Lycos (or perhaps AOL if you were in the US).

Well, as amazing as it might seem, one of those early internet pioneers – Yahoo – has just celebrated its 20th birthday. And, in this interview with Steven Levy, Yahoo chief executive Marissa Mayer discusses the company’s recent turnaround, and where it’s set to go following the recent spinoff of its holding in Chinese e-commerce giant Alibaba:

During her two and a half year stint Mayer has frustrated the press by apportioning her availabilities with medicine-dropper penuriousness. The explanation was that she was relentlessly concentrating on the big job of “returning an iconic company to greatness,” a phrase she used in her most recent earnings call. When she had something concrete to report, she promised, she would open up.

That time is now. This interview comes on the heels of extensive sit-downs with the core of her executive team, with other ones to follow.

It’s a logical time to deliver her brief. Yahoo is marking its 20th anniversary, and Mayer wants the event to be seen as more celebration than wake. And after fending off wonkish calculations that the entire worth of her company was owed to its $40 billion share of the Chinese e-commerce giant Alibaba, Mayer has finally concocted a plan to get free of that gilded albatross without tax penalties or shareholder revolts. (It involves a deft spin-off of Alibaba stock into a separate holding company—more on that tomorrow.) From a valuation perspective, Mayer will now be standing on her own two feet.

How Samsung won the US smartphone wars – then blew it

This week, Samsung released its latest flagship smartphone, the Galaxy S6. The new device comes after a year in which the South Korean electronics giant stumbled after several years as the world’s largest mobile phone maker.

There are many reasons for the company’s recent stumbles – it’s a topic I’ve discussed elsewhere.

However, according to Business Insider’s Steve Kovach, there’s another factor behind the company’s recent decline – internal corporate politics and jealousy.

According to Kovach’s sources, Samsung’s USA division succeeding in a toe-to-toe battle against Apple in the US provoked a deep sense of jealousy back at the company’s South Korean headquarters.

Senior officials in Seoul just couldn’t bring themselves to believe their US counterparts could be so successful, and assumed it was a scam. This led to a round of corporate infighting that badly damaged the company:

The success of Samsung’s Mobile in the US began a rift with the Korean headquarters. Sources say the more successful Samsung was in the US, the more complicated the relationship with headquarters got. Instead of getting credit, the US team felt they were being chastised for doing their jobs well. (Samsung declined to comment on this story.)

It got so bad, a source told us, that Samsung flew a plane full of executives to the mobile division’s office in Dallas for an unannounced audit that lasted three weeks in 2012. The Dallas-based employees had to go through all materials they used to sell and market Samsung’s mobile products. They were accused of falsifying sales, bribing the media, and a bunch of other damaging actions that hurt morale in the office. The same US-based office that helped turn Samsung into a brand as recognisable as Apple was suddenly being punished for its work.

After three weeks, the Korean auditors found nothing wrong with the way the US office had been operating and went home. But the damage had been done, and the perception remained at the Korean headquarters that despite its success, the US team was up to no good.

In fact, during one meeting with the global teams at Samsung’s headquarters in Korea, executives made the US team stand up in front of several hundred of their peers in an auditorium. The executives told the employees to clap for the US team as encouragement since they were the only group failing the company, even though it was clear to everyone the opposite was true.

Speaking of smartphone launch events, when Apple launched the iPhone 6 last year, it hired stadium rockers U2 to perform. Soon after, millions of iTunes users discovered the band’s latest album, Songs of Innocence, added to their collections.

While fans were happy with the free gift, many other users were outraged by the move. In the words of The Inquirer, many felt the addition of a U2 album to their music collections was “as welcome as a coughing passenger on a long-haul plane flight”.

So was the move a public relations disaster for U2?

Ingham in Music Business Worldwide has figures showing the promotion turns out to have been a stroke of genius on the part of lead vocalist Bono, rather than the PR disaster most assume:

Remember U2’s album giveaway with Apple at the end of last summer? And how the world seemed to become very annoyed that its contents had been ‘pushed’ to their devices without permission?

Well, the naysayers might have been loud – but that hasn’t stopped the stunt having a lasting effect on the band’s popularity.

That’s according to new research from retail insight experts Kantar in the US, which shows that nearly a quarter (24%) of all US music users on iOS devices in January listened to U2, five months after Songs Of Innocence was released for free onto 500m iPhones across the world.