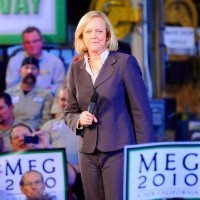 Hewlett-Packard has confirmed speculation it will split its operations into two separate companies, with one focusing on enterprise IT and the other on personal systems and printing.

The split is expected to be completed by the end of fiscal year 2015, with current shareholders set to receive shares in both Hewlett-Packard Enterprise and HP. It will also be structured in such a way as to ensure it will be tax-free to shareholders for US income tax purposes.

In May 2102, HP announced it was slashing 27,000 jobs worldwide. Despite the jobs cuts, in its second quarter results for fiscal year 2014, HP reported year-on-year revenue falls across its printing (down 4%), enterprise (2%) and enterprise services (7%) and financial services (2%) divisions.

“The decision to separate into two market-leading companies underscores our commitment to the turnaround plan,” Whitman said.