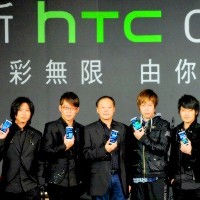 In a statement to investors and regulators announcing result, HTC chief executive Peter Chou had claimed the company had turned a corner following the release of the HTC One (M8), HTC One mini 2 and Desire 816 smartphone.

“This profitable quarter is a positive step that is the result of having focused on delivering the best possible smartphone to the world, in the HTC One (M8) and expanding our offerings with the HTC One mini 2 and our Desire line.,” Chou said.

HTC alarmed investors earlier this year when it announced an operating loss of $NT2.05 billion in the March quarter, amid reports Apple was raiding key engineering talent from the company. Last year, it closed production lines amid reports of a cashflow crunch while key executives were detained by the Taipei District Court.