I’m proud my business doesn’t scale; The untold story of Google Maps; The unbearable lightness of tweeting: Best of the Web 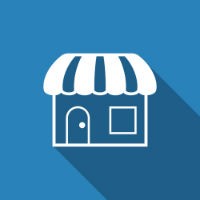 Small business owner James Kennedy looks at why you may want your small business to stay small in “I’m proud that my business doesn’t scale,” for Courier.

“I’ve got another declaration to make up front – one many small business owners will be familiar with – I abuse pronouns on our website, in our emails, in the general conversation about our business,” he says.

“The business of which I speak is Kennedy City Bicycles, and it’s essentially a one man band.”

Choosing to be small isn’t a lack of ambition. It’s just a different ambition, according to Kennedy.

The untold story of Google Maps

Did you know Google Maps was created in Australia? On Medium, editor Stephen Hutcheon has “The Untold Story About the Founding of Google Maps”.

“Google Maps began life as a thought bubble expressed as a series of random scribbles on a whiteboard in Sydney,” Hutcheon says.

The annotations were scrawled in 2004 by Australian software engineer Noel Gordon, one of the four men who founded the Sydney-based digital mapping start-up Where 2 Technologies.

The whiteboard hung in Where 2’s headquarters, which, outside office hours, doubled as the spare bedroom in Gordon’s rented home and the notes were written during a frenetic three-week period during which Where 2’s owners were negotiating with Google co-founder Larry Page to sell the idea of their prototype mapping technology.

The unbearable lightness of tweeting

Journalist Derek Thompson loves Twitter. But in “The Unbearable Lightness of Tweeting” published in The Atlantic this week he analyses how much traffic the social network actually drives.

The answer was, not much.

“Whether that is good for my Twitter persona and my pride is a qualitative question whose answer resides outside the bounds of an analytics dashboard. But it is quantitatively not a good deal for The Atlantic. Something I already suspected has now been made crystal clear: 99% percent of my work on Twitter belongs to Twitter.”