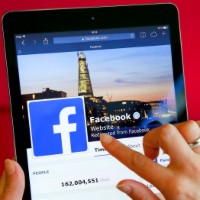 The tech industry market analyst firm now predicts total worldwide shipments for 2014 of 233.1 million units, a growth rate of 6.5% year-on-year, which is significantly below the 12.1% it originally predicted.

The falls are led by a significant drop in demand growth across North America and Western Europe, where the year-on-year growth rate is expected to fall from 25% in 2013 to 0% this year, before returning to 4% in 2018.

“While average selling prices (ASPs) are expected to stabilise at US$373 (A$399) in mature markets in 2014 due to the shift to larger screens and cellular-enabled tablets, ASPs in the rest of the world will decrease to US$302 (A$322), representing an annual decline of 10%,” IDC says in a statement.

In April, Apple revealed it was experiencing a 16% year-on-year drop in iPad unit shipments. Meanwhile, Australia is among the top 10 countries worldwide for tablet ownership, with Android tablets now more popular locally than iPads.