Inside the biggest tech IPO in history: Best of the Web 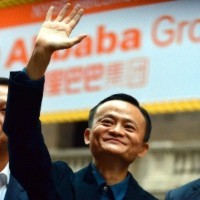 In the past week, Chinese tech giant Alibaba raised $US21.8 billion in its New York Stock Exchange debut, marking the biggest IPO in US history. By market capitalisation, the company is now one of the largest in the world.

In a feature article for the New York Times, David Barboza takes a look at the company and its charismatic founder Jack Ma.

According to Barboza, Alibaba is at the centre of something similar; a conglomerate informally known as the Zhejiang Group:

Around the same time, Mr. Ma started aggressively making deals with a small circle of businessmen with whom he socialized. The group includes some of China’s most successful entrepreneurs, like Guo Guangchang of the Fosun Group, a Shanghai-based conglomerate; Shen Guojun of China Yintai Holdings, a retail property developer; and Shi Yuzhu, chairman of the online gaming company Giant Interactive.

The business group, known as the Zhejiang Gang because many of the members grew up in Zhejiang Province, helped Mr. Ma set up his private equity firm, Yunfeng Capital, in 2010. That private equity firm has since been a conduit for other Alibaba-related deals. For example, Giant Interactive, run by Mr. Shi, bought $50 million worth of Alibaba stock through Yunfeng Capital, according to public filings. Less than three years later, the shares were sold for $200 million.

Barboza and Jennifer Daniel have also put together an infographic pointing out the interlocking shareholdings of the Zhejiang Group, which you can look at here.

What does Larry Ellison’s resignation mean for the tech industry?

Larry Ellison, the founder of database and server giant Oracle, has announced he is stepping down from the role. Aside from his role as an enterprise computing tycoon, the colourful tech titan is known for having purchased the Hawaiian island of Lanai (pronounced Luh-NAI-ee) for $US300 million.

The San Francisco Gates’ Carolyn Said examines what the news is likely to mean in Silicon Valley:

Larry Ellison’s resignation as CEO of Oracle Corp. punctuates a shift in power in Silicon Valley as original tech titans like Steve Jobs, Bill Gates and Ellison give way to a newer generation of leaders like Mark Zuckerberg of Facebook and Larry Page and Sergey Brin of Google.

In a broader sense, Oracle and Ellison owed their success to a time when products like microchips, servers and personal computers dominated the imagination of the public and Wall Street. Today, mobile apps, search engines and social media sites rule the nest.

How pro-Apple tech reviewers changed their tune on phablets

Recently, I put forward the argument in Control Shift that had the most recent iPhone announcement been made by any other company, it would have barely registered as a blip on the news radar. Apple’s iPhone 6 Plus is a latecomer to the phablet market carved out by Samsung’s Galaxy Note, rather than a pioneering product.

Over at Digital Trends, Jeremy Kaplan has taken a number of tech reviewers and reporters to task for panning the phablet form factor back in 2012 when Samsung released the Galaxy Note, only to praise the same thing from Apple.

For example, BGR’s Jonathan Geller said this about the phablet form factor back in 2012:

What could make Geller change his mind about a phablet being “too big to be taken seriously”?

Now that Apple has finally taken the wraps off the iPhone 6 and the iPhone 6 Plus, and Apple fans are going crazy with anticipation over the largest iPhones ever released, something needs to be said. And that something is, “Thank you, Samsung.” We got it wrong.

Likewise, this from the Wall Street Journal’s Lauren Goode:

It’s still too big for a smartphone … After testing it over the past week and a half, the awkwardness that came with carrying such a large, “notice me” phone outweighed the benefits of it, for me.

Followed by the following:

Maybe I’m getting old, and my eyes are getting worse. Or maybe I’m stuck in Apple’s reality-distortion field (help). But something strange happened this week. I started to like a phablet.

And there are several more examples in the article, from a number of publications including TechCrunch, The Verge, C-Net, The Guardian and others.

It’s amazing what a little hype will do.

Why your business can’t create products like Apple does

Last week on Control Shift, I discussed the art of creating a new tech product. Over at Medium, Ben Einstein discusses why misunderstandings about the process and the resources involved can lead tech startups astray:

Startups and big companies differ in a lot of ways. When it comes to hardware, the gulf between the two is massive. Early-stage startups are painfully under-financed. This lack of capital makes manufacturing one of the most critically dangerous periods in a young company’s life. One tiny mistake in a design, tool, or QC process and BAM, you’re out of business.

The problem with science

On a similar note, over at The Week, Pascal-Emmanuel Gobry makes the controversial argument that when most people talk about science, they really have no idea what they’re talking about.

Gobry goes on to argue this botched understanding of science “ruins everything”, and is the root cause of everything from pseudoscientific medical theories through to public policy being led astray by “scientific proof”. Surprisingly, he names “philistines” such as Richard Dawkins as being the culprits:

Here’s one certain sign that something is very wrong with our collective mind: Everybody uses a word, but no one is clear on what the word actually means. One of those words is “science.”

So let me explain what science actually is. Science is the process through which we derive reliable predictive rules through controlled experimentation. That’s the science that gives us airplanes and flu vaccines and the Internet. But what almost everyone means when he or she says “science” is something different.

To most people, capital-S Science is the pursuit of capital-T Truth. It is a thing engaged in by people wearing lab coats and/or doing fancy math that nobody else understands. The reason capital-S Science gives us airplanes and flu vaccines is not because it is an incremental engineering process but because scientists are really smart people. In other words — and this is the key thing — when people say “science”, what they really mean is magic or truth.