Inside the internet’s click farms; Are laptops killing the iPad? And one woman’s legal battle that could change Uber forever: Best of the Web 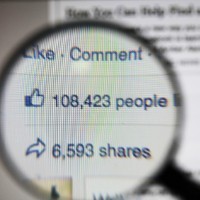 Social media may now be the engine of the internet “but that engine is running on some pretty suspect fuel” says Doug Bock Clark in his fascinating look inside click farms for the New Republic.

Just as fast as Silicon Valley conjures something valuable from digital ephemera, click farms seek ways to create counterfeits. Google “buy Facebook likes” and you’ll see how easy it is to purchase black-market influence on the internet: 1000 Facebook likes for $29.99; 1000 Twitter followers for $12; or any other type of fake social media credential, from YouTube views to Pinterest followers to SoundCloud plays.

Are laptops killing the iPad?

Over at Slate, Will Oremus says he has long suspected falling sales for Apple’s iPad are not only being caused by consumers opting for larger smartphones, like the iPhone 6 and iPhone 6 Plus, as conventional wisdom would have it. Instead, Oremus says Apple’s most recent results release shows “the squeeze” is also coming from computers, especially Apple’s MacBook line.

Until now, Apple has been reluctant to acknowledge that the downward trend in iPad sales is much more than a blip. That changed Monday, when [Tim] Cook addressed the issue directly in a phone call with investors and media. For the first time that I’m aware of, he pointed to Mac sales as well as iPhone sales as major factors in the iPad’s relative doldrums.

“Have we had cannibalisation?” Cook asked rhetorically, referring to the idea that sales of other Apple devices have cut into the iPad’s fortunes. “The answer is yes. We’re clearly seeing cannibalisation from the iPhone, and on the other side from the Mac.”

The legal battle that could change Uber forever

In December 2014, a young woman in Delhi, India, was allegedly raped by an Uber driver. The crime, proceedings for which are still underway, prompted officials to ban the controversial ridesharing service in Delhi and Uber added additional safety features for its service in other cities in India.

However, the woman filed a lawsuit against Uber in San Francisco on January 29, and according to Dara Kerr writing for CNET, if successful, the lawsuit could fundamentally change the way Uber does business.

Her lawsuit is unusual in its scope: she wants Uber to change its practices and policies in every country it operates. She’s also asking for unspecified damages and for Uber to “overhaul” its safety measures. The woman detailed 13 separate safety measures she believes the company should adopt, including requiring drivers to install “tamper-proof” video cameras in their cars that would trigger an alarm if disabled.