Is Salesforce.com past its prime? Best of the Web 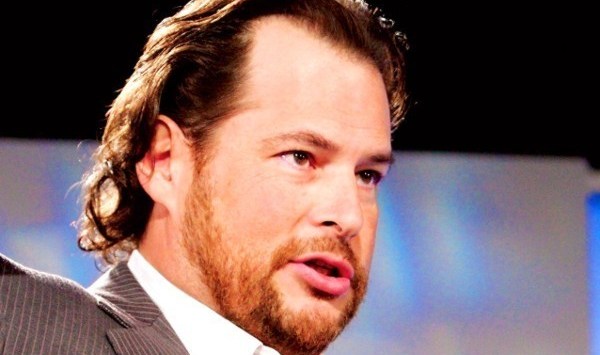 Up until the late 1990s, the world of integrated business management software was dominated by the customer relationship management (CRM) systems created by SAP and Oracle.

These systems were comprehensive, but very cumbersome. In many cases, they were hosted on large mainframes or server farms, with a cost that placed them out of the reach of most small to medium-sized businesses.

That situation began to change in 1999, when a man named Marc Benioff launched a web-based competitor called Salesforce.com.

The web-based service was a pioneer of the software-as-a-service (SAAS) market that did the same job as its far more expensive rivals, in the process disrupting the market for customer and sales service software.

Now, in a controversial article for Forbes, Peter Cohan argues Salesforce.com’s days as a disruptor could be numbered:

It’s an age old story — the upstart rebels against the parent, gets successful, and ultimately becomes the very thing against which it used to rail — its parent. That’s the story arc of Salesforce.com which was founded by an Oracle sales guy who set out to fix the ills of expensive, inflexible corporate software and is now becoming the very thing that it battled.

Salesforce.com got its start in 1999. Marc Benioff, the customer relationship management (CRM) software as a service (SaaS) provider’s CEO, spent 13 years at Oracle where he became the youngest vice president in its history at age 26… But trouble lurks on the horizon because rivals are exploiting customer frustration with Salesforce.com’s high prices.

Have you ever accidently mistyped a domain name or followed an out-of-date link, only to land on a website offering to sell you that domain?

Over at Motherboard, Jason Koebler has a profile article about Gary Millin, whose business has managed to accumulate 1000 such domain names:

For the last 21 years, Gary Millin and his colleagues at World Accelerator have been slowly accumulating a veritable treasure trove of seemingly premium “generic” domain names. For instance, Millin owns, has sold, or has bartered away world.com, usa.com, doctor.com, lawyer.com, comic.com, email.com, cyberservices.com, and more than 1,000 other d​omain names that can be yours (including yours.com, which he owns), as long as you’ve got the startup idea to back it up.

Despite the fact that you can create a strong brand with seemingly any mishmash of words, real or not (Twitter, BuzzFeed, Flickr, Seamless, every brand ever), generic domain names are worth, quite objectively, ​an insane amount of money. Insurance.com sold for a record $35.6 million in 2010, PrivateJet.com sold for $30.18 million in 2012, Sex.com sold for $13 million in October 2010, Korea.com sold for $5 million in January 2000, and the list goes on and on with numbers that make me physically ill.

Why Amazon Prime is a bizarrely brilliant business model

In a growing number of counties including the US, Amazon’s Prime subscription service combines fast delivery with a number of other seemingly unconnected services, such as streaming video, photo store and e-books.

At first glance, the services appear to be completely unconnected. However, Wired’s Marcus Wohlsen says the bundle has an important hidden benefit: It locks in Amazon’s best customers in a way few other online retailers can compete with:

If Prime is simple, it’s also weird. For the first six years, Prime was about shipping. Then, in 2011, Amazon decided to add a service that had nothing whatsoever to do with shipping: unlimited streaming video became another perk of Prime. At least “perk” was how I thought about it at the time, a little bit of icing to make the 2-day-shipping cake taste even better. But it also seemed random—another experiment in Amazon’s workshop of “misfit toys.”

Instead, this strange combo—which has expanded to include streaming music, an e-book library, and photo storage—has been an unvarnished success. After raising the annual fee last year by $20—from $79 to $99—some of us argued Prime was too good to be true, that the costs of its big promises had caught up with Amazon. Instead, Bezos announced late last month that in the fourth quarter of 2014, paid Prime memberships had climbed 50 percent in the US and at an even greater clip worldwide. Prime’s seemingly random hodgepodge is, it turns out, a finely tuned engine that drives the consumption of physical and digital goods in a seemingly unstoppable cycle optimized for the 21st-century economy.

Why Gmail is more secure than your bank account

For years, Google has been a prime target for hackers. As a result, a number of key security features such as two-factor authentication are available on Gmail, but not from many banks and credit card companies.

Gizmodo’s Mario Aguilar runs through the various security schemes used by major US banks, and explains why they can’t match the security provided by Google:

When I log into Gmail, the system texts me a one-time key which I use to verify that it’s me trying to get in and not some jerk who got my login info from a password dump. You’d think my bank would have the same level of protection to make sure bad guys can’t get a good whiff of my money. Nope.

Despite being accepted as a simple but effective method of protecting online accounts, several major banks don’t use two-factor authentication to prevent unauthorized logins to your account. Why not?

Recently, Canonical – the company responsible for the Linux-based Ubuntu operating system – decided to launch its own mobile phone platform.

Of course, as anyone who follows the mobile phone industry knows, it’s been incredibly difficult for any alternative platform to crack the Apple iOS – Google Android duopoly. Even well-funded efforts such as Microsoft’s Windows Phone, established names such as BlackBerry or niche alternatives such as Mozilla’s Firefox OS struggle to gain a toehold.

A large part of why these platforms are struggling, FastCompany’s Jay Cassano explains, is because they lack the comprehensive app ecosystems of their larger competitors:

The mobile market is saturated. Any new entrants are doomed from the start. And if you need proof, just look at Windows Phone or BlackBerry. The problem is that you need an app ecosystem to gain market share, but you need market share in order to entice developers to your platform. So goes the prevailing wisdom. But it’s in that context that Canonical, the creators of the free, open-source Linux-based OS Ubuntu, and Spanish manufacturers BQ will officially launch the first Ubuntu phone next week, starting in Europe.

Canonical is hoping to side-step these problems by taking an entirely new approach to app development – namely, doing away with it entirely.

As Cassano explains, instead of apps, Ubuntu’s phone will work by swiping between screens full of widgets, known as Scopes.

Scopes are essentially contextual home-screen dashboards that will be much simpler and less time-consuming to develop than full-on native apps. They function by presenting related content from different providers alongside each other on one screen. The music Scope will pull songs from Grooveshark alongside music stored locally on your device, without strong differentiation between the two. A “nearby” Scope would show suggestions from Yelp, reviews from Time Out, and your local weather all on the same screen.