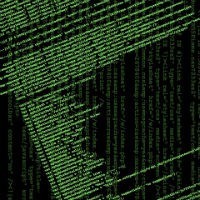 A cyber-attack on US finance giant JPMorgan Chase compromised more than 76 million household accounts and seven million small business accounts in the US, the New York Times reports.

The cyber-attack, which began in June but was not discovered until July, was initially thought to have affected roughly one million customer accounts.

The new details about the extent of the attack, which was disclosed in a regulatory filing in the United States on Thursday, dwarf those initial estimates and have the company scrambling to contain the fall out.

Hackers were able to go deep within JPMorgan’s computer systems, accessing accounts on more than 90 servers. It is one of the largest corporate hacks ever discovered.

According to the New York Times report, investigators are puzzled by the attack because there is no evidence the attackers took any money from accounts.

That has led to speculation among law enforcement officials and security experts the hackers were sponsored by foreign governments either in Russia, or southern Europe.